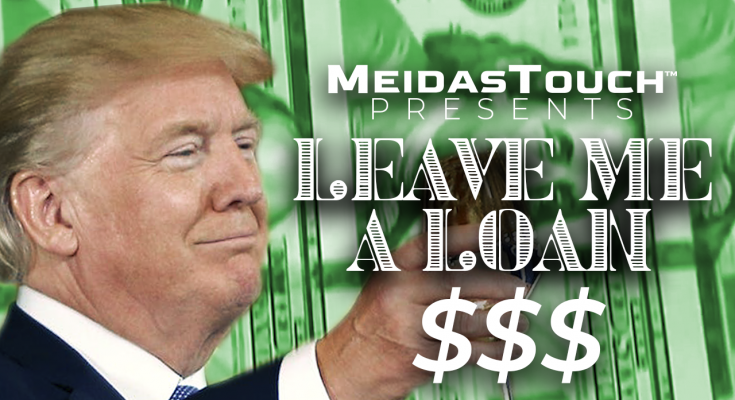 MeidasTouch’s latest video, #LeaveMeALoan asks a simple but crucial question that must not go unanswered — where did the money intended to support our small businesses go?

More specifically, with tens of millions out of work, and as Trump promised to provide relief to struggling businesses hit hard by COVID-19, does anyone out there truly know where the $2 trillion meant to save jobs has gone?

Thanks to new reporting from The Daily Beast, we have an idea.

As laid out in our latest video, The Daily Caller, founded by Fox News Host Tucker Carlson received as much as $1 million along with the right-wing publication Newsmax.

Oh it doesn’t stop there.

Conservative anti-tax crusader Grover Norquist happily took a handout in the form of a 7 figure check and a winery owned by Republican congressman Devin Nunes raked in the mooh-lah (shout-out @DevinCow).

Additionally, not 1, but 3 companies tied to Trump’s son-in-law Jared Kushner received funds. Even rapper Kanye West got in on the action. Sometimes debt just disappears, like a miracle.

It appears that Trumps “oversight” with PPP is just another ploy ripped from Putin’s playbook himself to grease the palms of the pawns that 45 surrounds himself with.