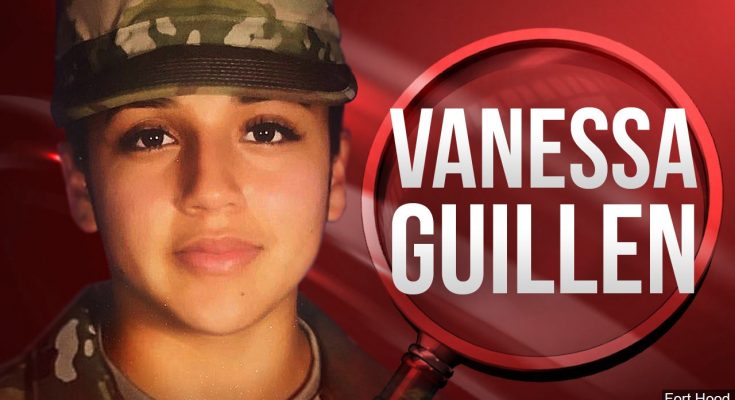 AUSTIN, Texas (AP) — Federal and military investigators say a soldier missing since April was killed by a fellow soldier stationed at the same Texas base.

#WhereIsVanessaGuillen trended for over two months and officials at Fort Hood gave the family of Vanessa Guillen the runaround. Sadly, we now know where Vanessa was hiding.

What We Know About the Disappearance of Vanessa Guillen

By Johnny Diaz and Maria Cramer for the New York Times

Specialist Vanessa Guillen went missing from Fort Hood, in central Texas, on April 22. Over two months later, her remains were identified and another soldier was accused of her killing.

In the weeks after an Army soldier, Specialist Vanessa Guillen, went missing from Fort Hood in April, hundreds of people searched for her across a swath of central Texas and her disappearance drew national attention.

Her remains were found and identified over two months later, and the authorities accused another soldier of killing her and charged a woman with playing a role in her disappearance.

Specialist Guillen’s family has demanded answers, traveling to Washington in search of help and raising allegations that she was sexually harassed. Celebrities, lawmakers and public figures have taken up her case, calling for changes in how the military handles reports of sexual harassment and assault.

Among them was the presumptive Democratic candidate for president, former Vice President Joseph R. Biden Jr. “We owe it to those who put on the uniform, and to their families, to put an end to sexual harassment and assault in the military, and hold perpetrators accountable,” he said on July 3 in a statement expressing sympathy for Specialist Guillen’s family.

Here is what we know about the case.

Who has been charged?

Prosecutors announced a charge in the case on July 2, detailing for the first time accusations that Specialist Guillen was killed by another soldier who then tried to dispose of her remains.

In a federal complaint, the accused soldier was identified in early July as U.S. Army Specialist Aaron Robinson, 20. A few days before the charge was announced, Specialist Robinson killed himself with a pistol as the police approached.

The authorities also arrested Specialist Robinson’s girlfriend, Cecily Aguilar, in Killeen, Texas. Justice Department officials said in court documents that Specialist Robinson told Ms. Aguilar that he repeatedly struck Specialist Guillen on the head with a hammer, killing her, and hid her body in a large box. The couple then tried to dismember and burn the remains, according to the complaint.

If Ms. Aguilar is convicted of the charge against her, conspiracy to tamper with evidence, she faces a maximum sentence of 20 years. It was not immediately clear whether she had a lawyer.