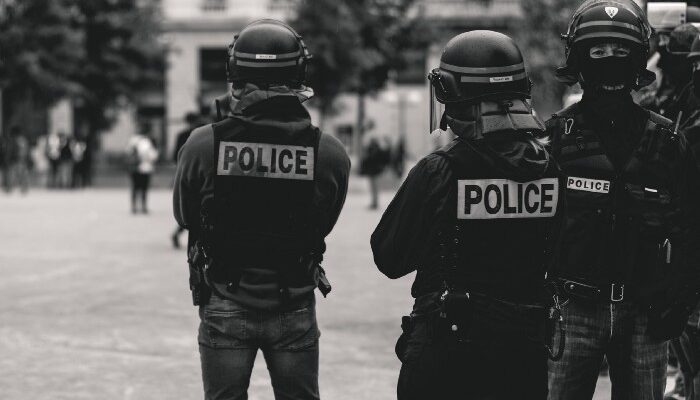 We’ve been fed a lie that police know best

Modern-day policing is abusive, condescending, and ineffective. Police are nothing like the heroes your children see on Paw Patrol, and they certainly don’t prevent crimes from occurring. Police solve approximately 2% of major crimes in the United States. Yet if you suggest defunding police to facilitate accountability or to reassess our priorities, you’ll be quickly dismissed as a good-for-nothing radical who doesn’t understand how this world works. Yet, every day, the police kill approximately three people. In the aftermath of the racial reckoning, police departments have either refused or failed to implement reforms that change the relationship between police and the communities they claim to serve.

When you are in an abusive relationship, your abuser will often try to convince you that you’re confused about the events that occurred or that violence is a necessary evil. Police are no different. Even after all the violence and chaos police bring to the table, they have the audacity to try to convince the public that policing doesn’t need to change, and their departments need more money, more weapons, and more officers on the streets to keep us safe. But as a Francis Ford Coppola fan, I watched Godfather enough to recognize a shakedown when I see one. Offering protection for money while continuing to increase the amount of money you need to keep a business “safe” is precisely how the mafia and American policing operate.

After all the marching and mountains of kind words from allies, Black people are still disproportionately represented among police fatalities. And if you have an untreated mental illness, police are 16 times more likely to take your life. Put another way, 1 in 4 people killed by police officers had a severe mental illness. Police killing mentally ill people is something we don’t talk about enough, but their incompetence has real-life consequences. Imagine not being able to comply and dying because you’re different — that’s what’s happening in America under the guise of public safety.

Keep in mind that someone with a mental illness commits only 3–5% of all violent crimes, and they are ten times as likely to be the victims of violence. Police are not trained health care professionals and often view abnormal behavior as non-compliance. In 2019, police officers killed 23-year-old Elijah McClain using a now-banned carotid hold as he apologized for his abnormal breathing and movements. Killing McClain didn’t make Aurora, Colorado, a safer community. The prosecutor agreed, charging five officers with felony manslaughter and criminally-negligent homicide, all of whom are currently “out on bond.” And while it will be nice to see his family get justice in this case, it doesn’t change the fact that officers feel empowered to use violence disproportionately on communities of color. Punishing individuals without recognizing the patterns of violence in the system will not break the cycle of violence. We’re not dealing with a bad apple; we’re dealing with a bad apple tree.

Something is terribly wrong with a society that empowers officers to administer the death penalty at their discretion. Killing citizens deprives them of due process and the opportunity to defend themselves against accusations. No one else is allowed to kill witnesses in a potential trial except for police officers. If anyone else intimidated or killed someone who could testify against them, they would be charged with 18 U.S. Code § 1512, but not police officers. Not only can they kill citizens, but they can tell us it’s for our own good. “Stop complaining. We’re keeping you safe,” they bark at us from afar, all the while killing beloved members of our community. And, as long as most Americans believe the big lie that police keep us safe and prevent crimes, the cycle of violence will continue.

Not only are police failing to keep us safe, but their mistakes are costing cities oodles of cash. In a sizzling report published last spring, the Washington Post suggested that “taxpayers are often in the dark” about the money paid for police misconduct. Nearly half of the officers were repeat offenders, costing cities approximately $1.5 billion, “nearly half of the money spent to resolve allegations” of misconduct. Imagine a job where you could physically assault citizens, get paid leave, and come back to continue misconduct, pouring citizens’ tax dollars down the drain. Unfortunately, that’s how American policing works until the majority of citizens demand change. Sadly, bad behavior is being rewarded, and I can’t help but wonder why society lets police kill citizens under the guise of public safety?

On June 27th, police officers fired 90 shots at 25-year-old Jayland Walker, who was allegedly “fleeing a traffic stop.” The medical examiner discovered 60 bullet wounds on Walker’s body. Afterward, they handcuffed him before providing first aid. Even after they shot an unarmed Black man 60 times, they still considered him a threat. Eight officers were put on paid leave in response to this horrific incident. Let that marinate. Police officers killed a Black man in a shower of bullets on video, and now taxpayers are fronting the bill for them to sit at home.” But, no, do continue to preach to us about how “defunding the police” is a problematic slogan. You’re exposing your intent, that you’re committed to the status quo, and Dr. Martin Luther King Jr. warned us about folks like you.

Every society has its protectors of status quo and its fraternities of the indifferent who are notorious for sleeping through revolutions. Today, our very survival depends on our ability to stay awake, to adjust to new ideas, to remain vigilant and to face the challenge of change.” ― Martin Luther King Jr.

In a society that values opinions over empirical research, too many people are content with ignoring facts. Police only solve approximately 2% of major crimes, yet if you ask moderate and conservative Americans about “defunding the police,” they will say, “that’s a bad slogan.” No, what’s bad is allowing police to kill citizens without accountability. Police are supposed to serve their communities, and last time I checked, that means that “we the people” are supposed to be calling the shots.

Our society must break the hypnotic spell we find ourselves under and fight against police brutality. The world is not better without Black people like Jayland Walker, George Floyd, and Breonna Taylor; it’s worse. And our fear of saying that police are making our society worse is maintaining a system where they have free reign to kill, using the bullets, and training our tax dollars to pay for. If we don’t defund police departments or demand accountability, these nightmarish conditions will continue unabated. Police claim they are keeping us safe, but who is going to protect us from police brutality? 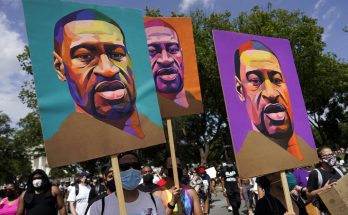