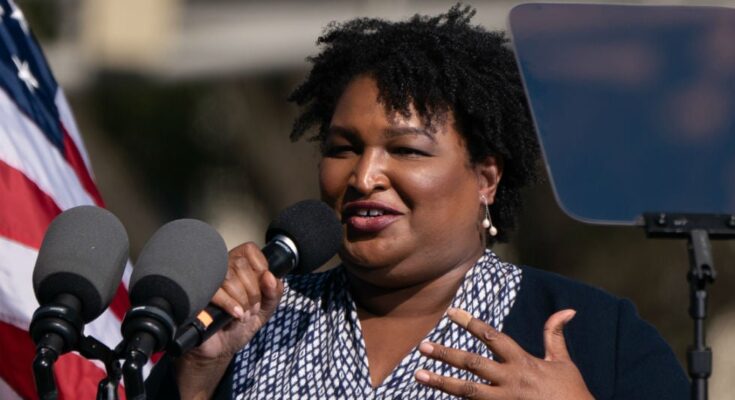 by Jared Gans for The Hill

Stacey Abrams, Georgia’s Democratic gubernatorial nominee, raised more than three times the amount that her opponent, Republican Gov. Brian Kemp, raised during the months of May and June.

An Abrams spokesperson told The Hill that Abrams’s campaign raised about $9.6 million during those two months while her One Georgia Leadership Committee raised about $12.3 million in that time frame, totaling about $22 million.

A release from the Abrams campaign states that more than 240,000 donors have given contributions of $100 or less to the campaign since it began in December.

The Abrams spokesperson said the campaign and committee have raised about $49 million combined since December, with the campaign bringing in $30.5 million and the committee accumulating $18.5 million.

Abrams has $18.5 million cash on hand from her campaign and the committee, the release states. Ukrainian Foreign Ministry hits Rep. Spartz over ‘baseless speculation’ on Zelensky chief of staffHarris says Democrats believed ‘certain issues were just settled’ when asked about failure to codify Roe v. Wade

“Our proven strategy in 2018, which was validated in 2020 and 2021, relies on an intense combination of traditional outreach, innovative communication tools, voter turnout operations and voter protection models that anticipate barriers to participation,” Abrams campaign manager Lauren Groh-Wargo said in a memo on the campaign’s fundraising strategy. “We are in an uphill battle, but our vision of One Georgia is within reach, and we are excited to make it so.”

The governor’s race in Georgia this year will be a rematch of the 2018 election, in which Kemp narrowly defeated Abrams by about 1.5 percentage points. Current polling shows a tight race, with Kemp holding a small lead over Abrams.