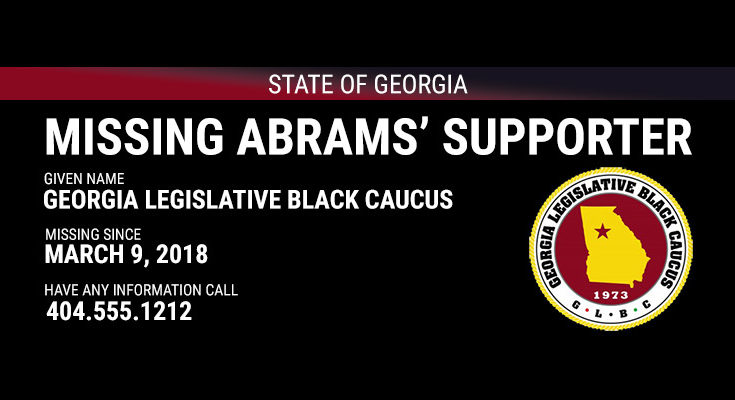 This is an exert from the upcoming book, “Peeling Back the Vidalia Onion of Georgia Politics” written by Cheryle Renee Moses, Democratic candidate for Georgia State Senator District 9 in Gwinnett County. Chapter 7, “The Get-Back Is Keeping Us Back!” The book will be released December 2018.

Is the ‘Get-Back’ Keeping Us Back?

The Georgia Legislative Black Caucus, Inc. (GLBC) “is the largest black caucus in a state legislature in the United States, currently with 60 members elected to the Georgia General Assembly,” states the organization’s website. Most, if not all, members of GLBC are Democratics. Stacey Abrams is the 2018 Democratic candidate for Governor of Georgia. If Abrams wins on November 6, 2018, she will be the first Black Woman Governor in America’s history.

But where are the videos, social media pushes, door knocking and loud stumping from GLBC and its members for Abrams?

Up until now, majority of the GLBC members and the organization as a whole have been completely silent on supporting Stacey Abrams. It is appalling and embarrassing how most of the leadership and members of the group have been so quiet.

I support Stacey Abrams 200%, and she is in a dead tie with Brian Kemp, her gubernatorial Republican opponent and current Georgia Secretary of State. With rampant voter suppression tricks from the pass, and the straight-out-and-in-your-face racism being shown through Georgia by election officials lead by Kemp, we need all true Democratics on deck to elect Abrams including the GLBC.

Citizens, celebrities, politicians and national organizations from around Georgia and the country are endorsing and campaigning for Abrams every day around the clock. Senator Bernie Sanders, Daily Kos, Will Ferrell, U.S. Senators Corey Booker and Kamala Harris have been stumping. Most, if not all, Democratic new candidates like myself are definitely pushing hard for Abrams.

But where are the videos, door knocking and loud stumping from members of GLBC?

Why are GLBC members absent from participating in this historic moment?

None of us are perfect – I know I am definitely not. But I stand for what is right. Period. I am a fierce fighter against the GOP, #45, Brian Kemp, cultural exclusion, voter suppression, injustices and total nonsense. And as Joe Madison on Sirius XM says, “I am equal opportunity get you” when it comes to what is right!

The GLBC members are absent from participating in this historic moment because of ‘get-back’ — yes, get-back.  You know – I’m going to get you back by any means necessary because I am mad at you — you did not do something I told or wanted you to do!

I am a critical thinker – a “but why?” person. When something does not feel right to me, I want to know why.

I remember during the primary election when Stacey Abrams was up against Stacey Evans. I saw leaders of the Democratic party whom I have admired over the years supporting Evans. I scratched my head then because Evans could not stand up to the credentials and proven political savvy of Abrams.

My first interview as a candidate was conducted by Emmy award-winning journalist Maynard Eaton with Dorothea (Dee) Dawkins-Haigler, the former president of GLBC. During the interview, Dawkins-Haigler said that because Abrams went against the wishes of GLBC on the HOPE scholarship, she was not supporting her.

Dawkins-Haigler’s comments concerned me so I did some digging and found out that in 2011 the Helping Outstanding Pupils Educationally (HOPE) scholarship was costing more than the funding revenue from the Georgia state lottery. Republican Georgia Governor Nathan Deal proposed revamping the program. The GLBC stood firm on not negotiating – a move that would have been detrimental to many in Georgia needing the HOPE scholarship.

So I started asking questions and here’s what I found out. Georgia House Minority Leader Stacey Abrams went against the wishes of the GLBC in supporting the current Georgia Republican Governor in revamping the HOPE Scholarship. HOPE started in 1992 as an early merit-based state scholarship program, reaching hundreds of thousands of students and providing billions of dollars in assistance.

As reported by Jon Greenberg for Politifact, until 2011, HOPE grants defrayed costs for attending technical colleges, and HOPE scholarships covered the full-tuition, plus books and other fees, for people working on two-year associate’s and four-year bachelor’s degrees.

So in 2011, the options before Abrams were (1) negotiate with the Republicans, or (2) put her foot down with the GLBC and other Democratics to lose plenty. Abrams – the leader that she is – chose to negotiate.

“The original Republican proposal sought to impose testing requirements on students who wished to receive the scholarship, in order to narrow eligibility,” [Priyanka] Mantha said [Abrams Communications Director]. “But under her [Abrams’] leadership, the scholarship retained an eligibility tier without testing requirements because such tests would have disproportionately disqualified low-income students and students of color.”

Mantha said the creation of the Zell Miller scholarship with a test score requirement was the result of Abrams’ intervention.

“The two tiers of the HOPE program are the crux of the compromise she achieved,” Mantha said. “Students who may have been eliminated from eligibility under the GOP proposal instead retained access to a version of the HOPE scholarship.”

Ben George, chief of staff to the Senate Minority Leader in 2011, said his boss – Steve Henson – and other Democrats were not part of the discussions and were “caught completely off-guard” by the [Abrams’] deal with the governor.

The GLBC ‘get-back’ is for Abrams going against their ‘do not negotiate stance on the HOPE scholarship. As a leader, Abrams broke with Democratics and did what she felt was in the best interest of Georgia citizens.

On Monday, October 29, 2018, it was announced President Barack Obama was coming to Morehouse College in Atlanta on Friday, November 2, 2018, for a Get Out The Vote Rally for Stacey Abrams and Democratic candidates across Georgia.  Then on Tuesday, October 30, 2018, it was announced Oprah Winfrey was coming to Georgia on Thursday, November 1, to campaign for Abrams in Dekalb and Cobb Counties.

Although absent from the Abrams’ campaign, I am sure many members of GLBC and other Democratics will be attending one if not both of these campaign events. My hope is that GLBC and all Democratics will get beyond the ‘get-back’ and get out to campaign aggressively for Abrams over the next few days.

The midterm 2018 election in Georgia is an all-out brawl at the ballot. I know we do not leave family members out in the streets to fight by themselves. Former House Minority Leader Stacey Abrams is the only choice for Governor to work across the aisle and ensure ALL people of Georgia are represented equitably. To win, we need all Democratic hands on deck.

We have enough work ahead of us in fighting against the Republicans’ tricks, lies and distractions. To the GLBC and other quiet Democratics, I say do not let the ‘get-back’ hold us back from a win!

After the 2018 election, we can address all challenges in the Democratic party as a whole as we build strength to save the state and America from the destructive Republican party and international assault in 2020. But for right now in 2018, let’s walk in lock-step and elect Stacey Abrams and Democratics across Georgia and America. Let’s flip Georgia blue — that will be the real get-back! 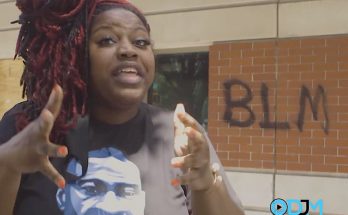 America, You Better Be Glad Black People Are Seeking Equality and Not Revenge