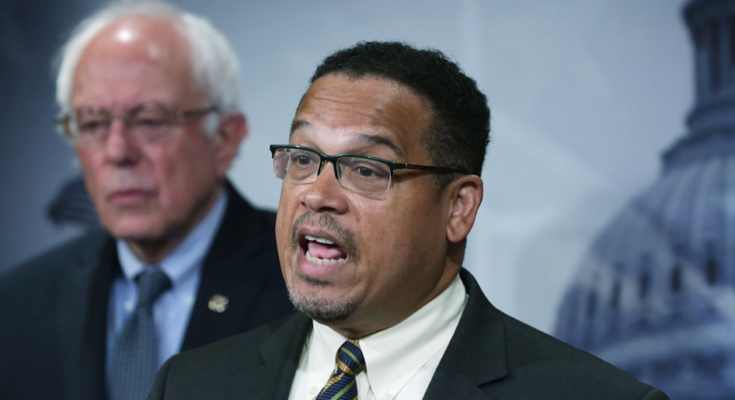 Police in the United States are a protected class and their lives seem to matter more than any citizen of this country. Black and brown men and women are being assassinated at will in every state by police without consequence. “Rather than focusing on policies that address issues of police excessive force, biased policing, and other police practices that have failed these communities, the Protect and Serve Act’s aim is to further criminalize,” wrote a group of civil and human rights groups, including the American Civil Liberties Union, Human Rights Watch, and the NAACP, in a statement to Congress opposing the measures.

Read below an article written for the Black Youth Project by Daniel Johnson that captures the sentiment of most regarding the “Protect and Serve Act of 2018.”

Despite Civil Rights groups denouncing a proposed “Blue Lives Matter” bill, the Protect and Serve Act of 2018 has come one step closer to becoming a law. Late last week, the House of Representatives passed this bill with a total of 382 votes against a sparse 35 nays.

Over the last two years, multiple bills of this kind have made their way through various state legislatures, even as calls for accountability for police violence and scrutiny of police officers killing unarmed citizens has grown. In 2016, Louisiana made itself the first state to make police officers a protected class when it passed a law that made some attacks against police hate crimes. Notably, the Louisiana law was signed by a Democratic governor, John Bel Edwards.

Jonathan Cohn, a Boston based editor and activist characterizes the Protect and Serve Act and others like it as “a solution in search of a problem” in a Medium post, explaining that police already have far greater protections than average citizens. Though police abuses have gone unabated, there is no evidence that there is a “war on police.”

But it is clear that neither Democrats nor Republican representatives care to curb the power of law enforcement or its abuses much. With this vote, both parties mark their agreement that the police are under attack, and should be legally empowered to commit abuses without consequence.

In addition to coming together to pass this bill, some Democrats also stood with Republicans to present a bill criminalizing speech critical of Israel. Sponsored by Senator Benjamin Cardin and co-sponsored by Senate Democratic leader Chuck Schumer, the legislation makes it a felony for Americans to support the international boycott, known as BDS or Boycott Divest and Sanction. Anyone found guilty of violating the prohibition will face a minimum civil penalty of $250,000 and a maximum criminal penalty of $1 million and 20 years in prison. MJ Rosenberg of the Huffington Post notes that the bill serves Democrats by protecting allegiances from AIPAC and AIPAC’s donors.

The ACLU has pushed back at the legislation, arguing in a letter:

This bill would impose civil and criminal punishment on individuals solely because of their political beliefs about Israel and its policies. There are millions of businesses and individuals who do no business with Israel, or with Companies doing business there, for a number of reasons. Some, like those who would face serious financial penalties and jail time under the bill, actively avoid purchasing goods or services from companies that do business in Israel and the Palestinian Occupied Territories because of a political viewpoint opposed to Israeli policy.

Hardly anyone is surprised when the Republican party sponsors such bills, because it is their modus operandi to suppress and deny rights. But many have come to the belief that Democrats are the party of freedom and inclusion (perhaps without consistent evidence). These two bills forces us to turn our attention back to considering who the Democratic party actually supports.