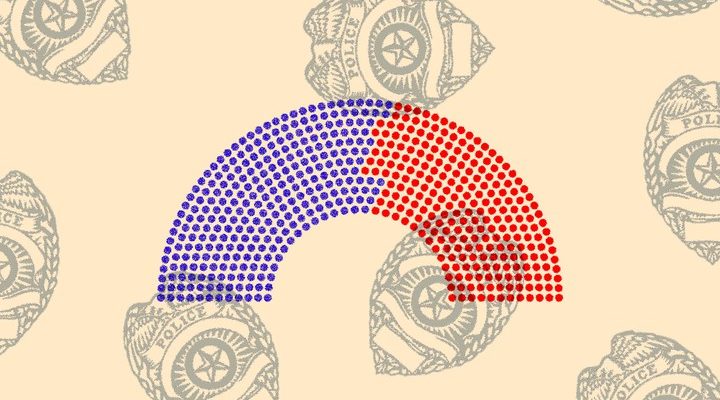 by Eric Schnurer for the Atlantic

The qualified-immunity doctrine—under which government officials can’t be sued for violating constitutional rights unless their actions transgress “clearly established” law—has gone from legal arcanum to popular talking point following the killing of George Floyd and the protests that have erupted nationwide in reaction. On Monday, however, the Supreme Court announced that it would decline to hear any of the cases pending before it on this subject, leaving the fate of qualified immunity to Congress. This ought to be a bipartisan cause—in fact, tri-partisan, as the proposed Ending Qualified Immunity Act is sponsored by not just a long list of liberal Democrats, but also the Republican turned Libertarian Justin Amash, from Michigan, and, most recently, Representative Tom McClintock, a California Republican.

The qualified-immunity doctrine—under which government officials can’t be sued for violating constitutional rights unless their actions transgress “clearly established” law—has gone from legal arcanum to popular talking point following the killing of George Floyd and the protests that have erupted nationwide in reaction. On Monday, however, the Supreme Court announced that it would decline to hear any of the cases pending before it on this subject, leaving the fate of qualified immunity to Congress. This ought to be a bipartisan cause—in fact, tri-partisan, as the proposed Ending Qualified Immunity Act is sponsored by not just a long list of liberal Democrats, but also the Republican turned Libertarian Justin Amash, from Michigan, and, most recently, Representative Tom McClintock, a California Republican.

The attention suddenly lavished on this hitherto obscure doctrine is surprising, but heartening, to anyone who has long labored in the civil-rights field: Qualified immunity has been perhaps the biggest little-known barrier to rectifying constitutional violations through the justice system. Repealing it would achieve much in a single stroke, without needing to legislate all the complexities of progressive reform.

It also would represent the sort of policy change conservatives claim to espouse: The doctrine epitomizes the worst kind of “legislating from the bench” and is the opposite of strict constructionism, textualism, originalism, or whatever else you believe conservative judicial philosophy to embody. It encourages overreach by all government officials, not just police. And it substitutes government fiat for what could be more efficaciously handled by normal risk markets, under which we all regulate the daily risks we take based on the price a jury might impose on us for choosing unwisely.

The Supreme Court should have taken the chance to get rid of qualified immunity, as the Court invented it in the first place. Qualified immunity has no basis in constitutional or statutory text or history. Justice Clarence Thomas in fact dissented from Monday’s denials, going further than he had before in expressing misgivings about qualified immunity, even suggesting that future plaintiffs consider challenging additional constraints on civil-rights actions. But it is now clear that Congress will need to act in this area. While qualified immunity has come to be mainly applied, and is now being debated, in the context of police abuse cases, it was intended to shield a wide range of government officials. In doing so, it sets up a noteworthy catch-22, in which officials cannot be found liable if no one has ever been found liable for precisely the same conduct before.

The argument for such immunity is that government officials—including presidents and police officers—shouldn’t be distracted from performing their duties by the threat of lawsuits, unless they know, or at least should know, that what they’re doing is wrong. Having worked both as legal counsel for high-level government officials and as a civil-rights lawyer, I know firsthand how hard overcoming qualified immunity is in practice—and just how “distracting” from the performance of one’s duties such a lawsuit would really be in a properly functioning legal system.

I once represented a college student who had been walking with his girlfriend past Philadelphia’s tony Rittenhouse Square. A police officer drove by and suddenly, without signaling, made a sharp turn in front of them as they stepped into the crosswalk, almost striking the young woman and provoking the student to yell, “Nice turn signal, asshole!” The officer slammed on his brakes, got out, threw the kid against the car, handcuffed him, and hauled him off to jail. Thankfully, this officer also had the presence of mind to write in his official report that he had arrested the student for yelling, “Nice turn signal, asshole!” It took a five-minute phone call to Philadelphia’s chief deputy city solicitor to arrange a settlement and, presumably, a good talking-to for that officer.

Of course, most public officials don’t confess in writing to violating constitutional norms, and historically, qualified immunity’s proponents have been concerned that liability would take police off the job to defend themselves against lawsuits. But the increasing availability of video footage—whether from official sources or ubiquitous phone cams—means that the specter of beleaguered bureaucrats or upstanding patrol officers spending precious hours defending themselves against frivolous accusations is often a red herring. Very simply, these offenses are real, documentable, and easily dealt with—if the government is acting in good faith.

So what about the argument that officials, and particularly police in life-and-death situations, can’t be expected to know—or hesitate over—whether their actions might later be judged unconstitutional? Well, it didn’t really require my law degree, or any special training, to know that the kid arrested for criticizing an officer’s driving—like the guys, in another case I handled, coldcocked by a police officer’s flashlight so violently while handcuffed that it shattered, and the youth, in yet another case, placed in an adult lockup because the arresting officer claimed that the kid, who was tall and black, looked adult to him—had his rights violated. It’s hard to assert with a straight face that the officers didn’t know that too (the officer in the latter case actually smirked at me while making that claim at his deposition). It’s even harder to claim now, after countless nationally publicized incidents, that choke holds, chest compressions, cranial beatings, and shootings on sight are either necessary law-enforcement tactics or close calls requiring complicated constitutional exegeses. Not to mention that they just don’t happen as often in other democracies as they do in the U.S.

If we did away with qualified immunity, and held people with government power to the same standard of legal conduct as normal human beings—like if you break the law, you’re liable—we would have a lot less violation of constitutional rights. Would we have less crime control? Only if officers can’t make the same calculations all of us make every minute, while, say, driving at highway speed, about whether normal people would consider our conduct negligent or reckless. The practices most commonly being suggested for legislative proscription, which any enlightened police chief knows to be both wrong and counterproductive, would largely vanish overnight. And not because of the proverbial heavy-handed federal (or state) regulation, but rather through the normal human mechanism of risk/reward calculation that calibrates the behavior of all reasonable people, including police officers and government officials.

After all, figuring out what’s right and what’s wrong doesn’t take detailed legal codes, or years studying them. It just takes accountability.

This story is part of the project “The Battle for the Constitution,” in partnership with the National Constitution Center. 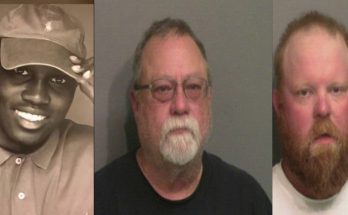