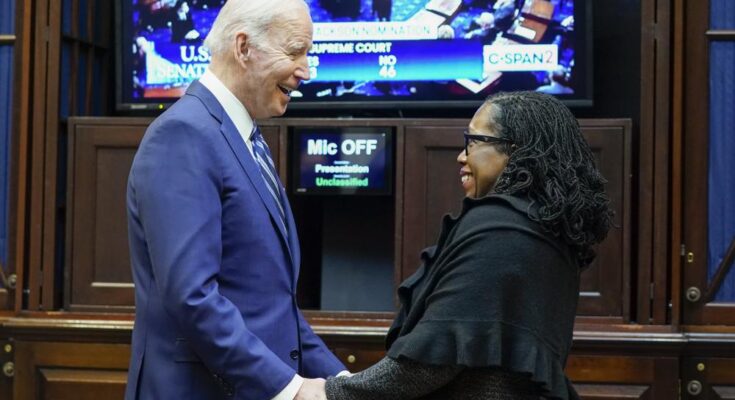 WASHINGTON (AP) — The Senate confirmed Ketanji Brown Jackson to the Supreme Court on Thursday, shattering a historic barrier by securing her place as the first Black female justice and giving President Joe Biden a bipartisan endorsement for his promised effort to diversify the high court.

Cheers rang out in the Senate chamber as Jackson, a 51 year-old appeals court judge with nine years experience on the federal bench, was confirmed 53-47, mostly along party lines but with three Republican votes. Presiding over the vote was Vice President Kamala Harris, also the first Black woman to reach her high office.

Biden tweeted afterward that “we’ve taken another step toward making our highest court reflect the diversity of America.” Senate Majority Leader Chuck Schumer exulted that it was “a wonderful day, a joyous day, an inspiring day — for the Senate, for the Supreme Court and for the United States of America.”

Harris said as she left the Capitol that she was “overjoyed, deeply moved.”