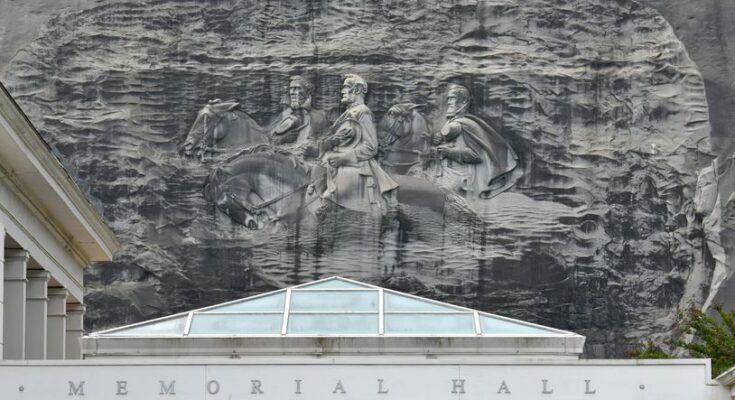 A Confederate Memorial Day event poised to return to Stone Mountain Park next month has garnered opposition from activists, including a local chapter of the NAACP.

After their permit was denied last year, the Sons of the Confederate Veterans received approval this year to hold their annual celebration in front of the mountain and its massive carving of three Confederate figures. The Stone Mountain Memorial Association, which handles event permitting at the park, denied last year’s application due to the possibility of “a clear and present danger to public health or safety” among the reasons.

In a Tuesday news release, NAACP DeKalb decried the permit approval and called for the Stone Mountain Memorial Association to reconsider.

“The permit issued to the Sons of Confederate Veterans continues the perpetuation of racial terror in America and should be revoked,” Lance Hammonds, president of NAACP DeKalb, said in the release. “We believe that Stone Mountain Park will never be a symbol of unity in Georgia until the Stone Mountain Memorial Association is prepared to tell the whole truth about the Civil War.”ExplorePermit OK’d for Confederate Memorial Day event at Stone Mountain Park

The Atlanta Journal-Constitution previously confirmed that the permit application was submitted by Richard K. Straut, a SCV representative who’s also running for a seat in the Georgia Senate. He was also a named plaintiff in a 2021 lawsuit that sought — and failed — to re-erect a Confederate monument that had been removed from the downtown Decatur square.

The group’s Confederate Memorial Day event is scheduled to take place on Stone Mountain Park’s memorial lawn on the morning of April 30. Documents suggest up to 200 people could attend. The keynote speaker is listed as Martin O’Toole, a SCV member who is also a leader with the Charles Martel Society, an Atlanta-based white nationalist organization.

“Germany does not allow the Nazi celebrations in that country because of the remembrance of the racial terror,” his statement said. “We need to work against this celebration to allow the racial healing in this country to take place.”