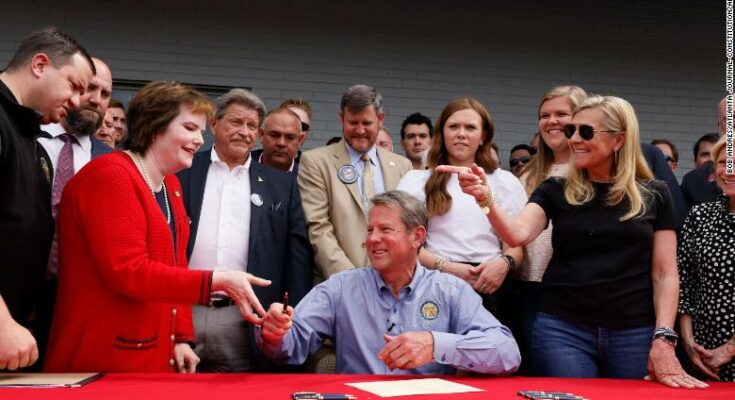 The things politicians will do for political gain. Our Georgia State Governor Brian Kemp signed a bill into law Tuesday that makes it legal for most residents to carry a concealed firearm without a license.

As reported by CNN, the measure – which supporters call “constitutional carry” – passed the legislature April 1 and allows anyone who was previously eligible for a concealed carry license in Georgia to begin carrying a concealed handgun without a permit.

The new law allows Georgia citizens “to protect themselves without having to have permission from your state government,” Kemp said at a signing ceremony.

Georgia is now one of more than 20 states that allow permitless carry, according to data compiled by Everytown for Gun Safety, a non-profit that focuses on gun violence prevention.Georgia Gov. Brian Kemp poised to sign bill that would allow residents to carry a concealed gun in public without a permit

Georgia’s law does not apply to people who are barred from handgun ownership for other reasons, such as minors and convicted felons who have not had their civil rights restored. It still bans guns in airports and secured government buildings.

Controversial permitless carry laws have gained momentum during this year’s legislative sessions in several states, including Wisconsin, South Carolina, Indiana and Nebraska. In March, Alabama Gov. Kay Ivey signed a similar bill, and Ohio Gov. Mike DeWine signed legislation that will allow adults to carry a concealed handgun without a license or training.

Kemp, who is running for reelection this year amid criticism from former President Trump, used the concealed carry law Tuesday to put his conservative credentials on display.

Click here to read the original web page at www.cnn.com