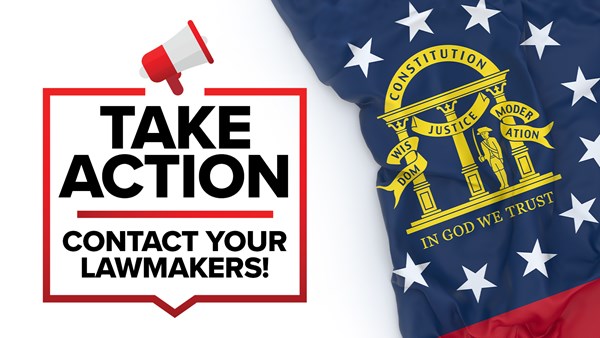 It is reported that today the Senate voted 34-20 to adopt the House amended version of House Bill 218. This bill protects lawful gun owners during a declared state of emergency and further recognizes all out-of-state carry permits. It will now go on to Governor Brian Kemp, who is expected to sign it into law.

House Bill 1358, to institute constitutional carry in Georgia, will receive a hearing in the House Public Safety and Homeland Security Committee as early as next week.

Senate Bill 319, a Senate version of constitutional carry, is expected to pass Senate along with Senate Bill 259, a bill enhancing preemption. The bills should receive floor votes on Monday, February 28th.

Please contact your Georgia state senator and ask them to NOT SUPPORT SB 319 and SB 259.

Constitutional carry allows a law-abiding adult who is legally allowed to carry a concealed firearm, to do so without first having to obtain government permission. This ensures that citizens have the right to self-defense without government red tape or delays. Additionally, this legislation maintains the existing concealed handgun license system, so citizens who still wish to obtain a permit may do so. Currently, there are 21 states that already have constitutional carry. Of those, five passed such laws just last year.

Again, please contact your Georgia state senator and ask them to NOT SUPPORT SB 319 and SB 259.