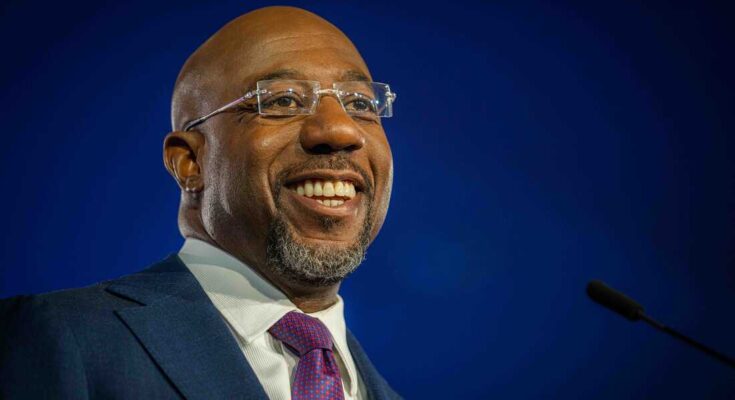 Sen. Raphael Warnock has defeated GOP challenger Herschel Walker in Georgia’s Senate runoff, giving Democrats a 51-seat majority next year and capping off an extraordinary defense of the chamber that saw every endangered incumbent win reelection.

Warnock, who won a special election runoff in early 2021 and has now earned a full six-year term,finished narrowly ahead of Walker in the November general election. But because neither reached the majority mark, they advanced to this week’s one-on-one runoff, extending one of the most expensive and hard-fought campaigns in the country.Warnock’s win means that Senate Democrats protected every seat they had on the ballot this year, while also flipping the open seat in Pennsylvania to expand their Senate majority by one despite a tough political environment and sagging approval ratings from President Joe Biden.

The results also mark another big defeat for former President Donald Trump’s endorsed candidates — a sore spot for local Republicans around the country who say he saddled the party with unelectable candidates. Trump intervened in GOP primaries this year to boost three hopefuls in tossup Senate races: Walker, a former football star, as well as celebrity physician Mehmet Oz in Pennsylvania and investor Blake Masters in Arizona. All three lost, as did other Trump picks in swing House seats and gubernatorial battles.

Georgia Gov. Brian Kemp, meanwhile, easily won reelection in November after seeing off a Trump-backed primary challenger earlier this year, after Kemp refused to aid Trump’s efforts to subvert the results of the 2020 election.

Warnock addressed a full ballroom of cheering supporters shortly after 11 p.m., walking out to chants of “six more years.”

“After a hard fought campaign, or should I say campaigns, it is my honor to utter the four most powerful words every spoken in a democracy: The people have spoken,” he said.

Walker took the stage at his election night event around the same time, giving a three-minute concession speech where he urged supporters not to stop believing in America — or voting in elections.”There’s no excuses in life,” Walker said. “And I’m not going to make any excuses now, because we put up one heck of a fight.”

It’s Georgia’s third Senate runoff election in the last two years, after Warnock and fellow Democrat Jon Ossoff flipped control of the chamber with their dual wins in January 2021.

The win gives Senate Democrats more room to operate on nominations and legislation over the next two years — and it also provides a little extra breathing room ahead of a 2024 Senate map that gives Republicans significant opportunities to win seats.

Georgia won’t be on the Senate battleground map next time — but it will be hotly contested in the presidential race after becoming a new Southern swing state in recent years. Democrat Stacey Abrams’ close loss to Kemp in 2018 was soon followed by Biden’s victory in the state and the pair of Senate wins months later.

This November saw a swing back to Republicans, with Kemp winning again in his rematch with Abrams and the GOP cruising across every statewide race — except for the Senate contest, where Warnock finished a point ahead of Walker but neither was able to capture a majority, triggering the runoff.

Both sides expect the runoff to be close as well, with high voter turnout, especially compared to past runoff elections. The early voting period saw several single-day turnout records set.

Walker was repeatedly dogged by scandal throughout the general election campaign. As a candidate, Walker declared that he was against abortion access and anything that weakened families, like absentee fatherhood. But before the general election, Walker was accused of encouraging and paying for several women to have abortions, allegations he denied. His son, in a Twitter video, accused Walker of domestic violence against his mother. And another ex-girlfriend accused him of domestic violence during their relationship.

The Daily Beast also reported that Walker has three children out of wedlock, including one young son he hasn’t seen in person in years. POLITICO has not independently verified that reporting.

But Warnock has also had missteps. The senator was criticized for using campaign funds to fight a lawsuit against him. And the Walker campaign has brought Warnock’s church’s business into the race. Ebenezer Baptist, where Warnock is a senior pastor, is the part owner of a low-income apartment building that filed to evict some tenants for low amounts of owed rent.

Warnock has said he’s not involved with the apartment building business and that no one has been evicted. Republicans have also highlighted Warnock’s own domestic troubles, including featuring police body camera footage in ads of his ex-wife saying the senator behaved as an “actor” in public.

Warnock has enjoyed a steep advantage in fundraising and spending: He raised more than double what Walker brought in this election cycle, which translated to more advertising during the extended campaign season, including ads about the domestic violence allegations against Walker.

Walker has leaned on Kemp in the runoff, following Kemp’s reelection win in November. The governor loaned out his field organizing team to Senate Leadership Fund, the GOP’s Senate super PAC backing Walker, and he started to appear at campaign events with Walker. Kemp even cut a broadcast ad on his behalf.

After Trump-backed candidates challenging Kemp and other Republicans lost in Georgia in the primaries, the former president stayed clear of the state. In lieu of a runoff appearance, Trump did a tele-rally for Walker on Monday night to help pump up his base voters.

Olivia Olander contributed to this article.