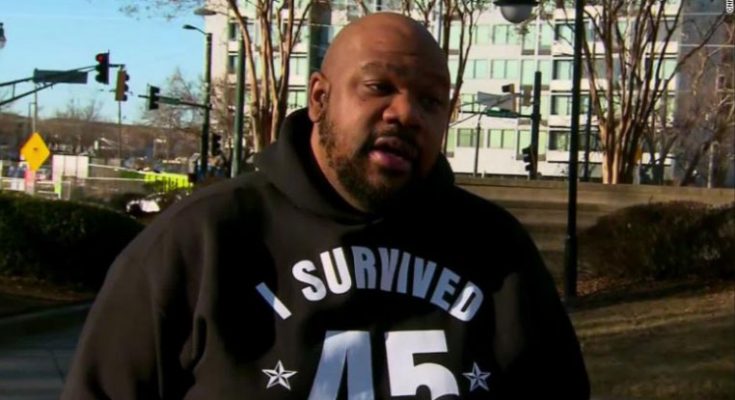 (CNN) Georgia voting rights groups are denouncing a sweeping voting bill introduced this week by Republican state legislators as a “direct attack on democracy” and on Black voters.

The bill comes as Georgia has become ground zero for election law changes in the wake of the 2020 election. Republicans in the state, citing baseless allegations of voter fraud pushed by former President Donald Trump and other GOP officials, have moved to roll back access to mail-in voting and early voting.

The Republican House bill would give counties less time to send out absentee ballots and do away with Sunday voting, among other measures.”

After stunning losses in the general election and January runoffs, it’s no mystery why Georgia Republicans have rushed to enact restrictions on early, absentee and weekend voting. They know their only hope for winning elections is to restrict the right to vote and silence Black voices,” said New South super PAC founder Nsé Ufot in a press release. “Georgia Republicans saw what happens when Black voters are empowered and show up at the polls, and now they’re launching a concerted effort to suppress the votes and voices of Black Georgians.”

The new voting bill is the latest effort by the GOP to clamp down after the record turnout in the state for the November election and Senate runoffs that turned the state blue.

Georgia state senate Republicans just two weeks ago introduced their own sweeping voting bill including measures that would repeal no-excuse absentee voting and automatic voter registration. Both bills look to limit the use of drop boxes, impose a voter ID requirement and expand poll watcher access.

“These new burdens will disproportionately fall on communities of color and other historically disenfranchised groups. Eliminating Sunday early voting blatantly targets a mobilizer of voters of color: Black churches that run Souls to the Polls operations,” Nancy Abudu, deputy legal director for the Southern Poverty Law Center Fund, said in a statement.

State lawmakers push for voting changes ahead of 2022

Overall, Republicans across the country have made voting laws a priority for this session. A recent analysis by the Brennan Center for Justice found three times as many pieces of legislation at the state level to restrict voting access as there were at this time a year ago. Republican state legislators and secretaries of state on Wednesday announced the creation of a commission that will examine current voting laws.

Nearly 30 voting rights groups pushed back against the Georgia bill, including the Georgia NAACP and Fair Fight Action, demanding in a joint letter to Republican House Speaker David Ralston and Rep. Barry Fleming, chair of the Special Committee on Election Integrity to put a “pause on deliberations” of the bill.

“We the undersigned demand that further hearings on HB 531 not be held until Monday, February 22 at the earliest to give advocates and legislators time to properly read and fully analyze the profound legal implications of this bill,” read the letter.

“The Speaker heard complaints about the integrity of Georgia’s elections following both the 2018 and 2020 general elections. As such, he formed the Special Committee on Election Integrity to address the lack of public confidence in election results,” said McMichen in an email response to CNN.As of Thursday morning, the bill was under public comment in the Special Election Integrity Committee.

“As with all legislation it will be thoroughly debated and may be changed at any point during the legislative process,” added McMichen.