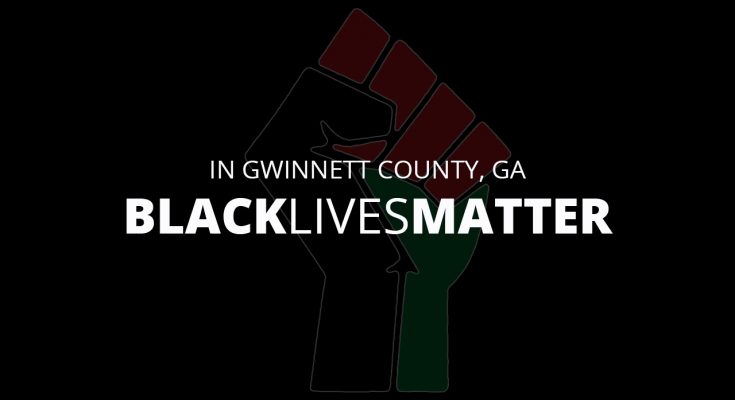 The world is protesting the deaths of Ahmaud Arbery, George Floyd, Breonna Taylor, Rayshard Brooks by law enforcement while proclaiming and screaming #BlackLivesMatter. But Gwinnett County political and business leaders have been silent.

As worldwide businesses, municipalities, Hollywood, NASCAR, media, entertainment and sports look at their long history of racism, bigotry, and how they have been complicit, Gwinnett County political and business leaders have been silent.

The shifting of reality has many local, national and global gatekeepers promising to change and make their spaces more inclusive. But not in Gwinnett County where the majority-minority is and has been for 200 years — African-Americans and other Black people. The political and business leaders in the most diverse county in Georgia, have been silent.

Four words. Not a pro-Black leader.

Yet the Lawrenceville Mayor and Council voted to adopt the city’s annual $182-million budget on June 22, 2020 that addresses none of the needs of the majority-minority and poverty-living residents of the city. The Fiscal Year (FY) 2021 budget of the city focuses on investment in four areas – (1) development/redevelopment, (2) community investment in the arts, (3) infrastructure and (4) human capital investment.

Mayor David Still stated, “The City of Lawrenceville has one of the largest municipal budgets in the metropolitan Atlanta area, and the Council and I take that very seriously.  I am well-pleased with the balance between delivering services, contingency funds and investing in our staff.”

Here’s what’s in the City of Lawrenceville’s budget.

There is nothing supreme about a person thinking they are just miraculously born to be better than others. That is insane and a mental condition. But in Gwinnett County and throughout Georgia and this country, white insanity is arrogantly soaring. America was born on racism. Gwinnett County’s history is a road map of racism, the confederacy, KKK and white insanity.

The world is protesting right now because of racism, a battle that has been going on for over 400 years. And here we are in 2020, and we still see racism in Gwinnett’s educational system, government hiring, business leaders, businesses, politics, healthcare, housing, use of taxpayer dollars, news reporting, policing, the court system — you name it!

And most Black leaders in this county still are afraid of speaking truth to power. They will scatter from the word “racism” or the conversation around #BlackLivesMatter. They are afraid of not being accepted in the white fold.

But these same so-called Black leaders may repost something on social media with the hashtag #BlackLivesMatter, or show up at a rally in Gwinnett just to say something clueless like “They need to know what they want and not just protesting.”

FYI, “they” protest because they want equal treatment and opportunity in the USA for the Black community. They want law enforcement to stop murdering unarmed African-Americans and other Black people without consequence. Anyone conscious to the happenings to African-Americans in this country knows why a diverse group of people are protesting.

Not A Pro-Black Leader

There are many so-called leaders of all ethnicities/races in Gwinnett County who may use some of the right “pro-Black” words in their talks and advertisements. But are they really “pro-Black.” Because a person checks a Black-box for race does not mean they support the pro-Black efforts of the culture.

Take for example, Donna McLeod, Georgia House Representative for Distrct 105, here in Gwinnett. McLeod is a Black immigrant from Jamaica who proudly boasts that she does not support reparations for African-American Descendants of Slaves (#ADOS). Yet she depends on the Black vote for reelection. When a bill for #ADOS reparations come before the Georgia House, do you think McLeod would vote to approve it? Yes, she checks a Black race box, but McLeod clearly is not pro-Black on a major issue for the culture?

Gwinnett Leaders Must Break Their Silence

From racism, white insanity, fear and fake pro-Blackness, Gwinnett’s political and business leaders must stop insulting their largest minority demographic with silence on #BlackLivesMatter. Racism no longer has a place in Gwinnett County, Georgia.

The leaders of Gwinnett must let their constituency know genuinely that #BlackLivesMatter. If not, they need to be removed from political office and their businesses put on blast to the public for not being pro-Black.

But until that happens, just know, many in Gwinnett love and respect the Black culture and are screaming “BlackLivesMatter.”

We just wish the business and political leaders of Gwinnett did too! 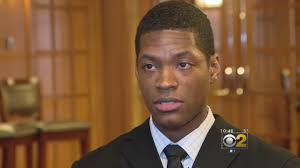