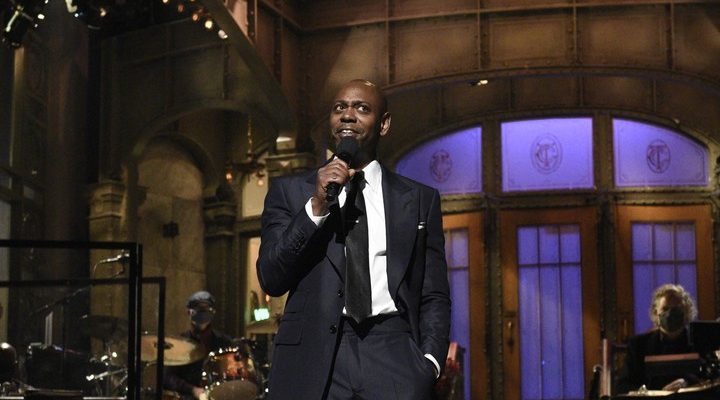 According to The Atlantic,

Dave Chappelle had the same thing on his mind when he came out onto the Saturday Night Live stage in 2016 and 2020, both times hosting the show right after the U.S. presidential election. “Don’t forget all the things that are going on … all these shootings in the last year,” he said in 2016, invoking the massacre at Orlando’s Pulse nightclub. Last night, Chappelle tried to strike a more optimistic tone as he took drags from a cigarette in front of a mask-wearing studio audience. “You guys remember what life was like before COVID? I do! There was a mass shooting every week, remember that? Thank god for COVID; someone had to lock these murderous whites up and keep them in the house,” he joked.