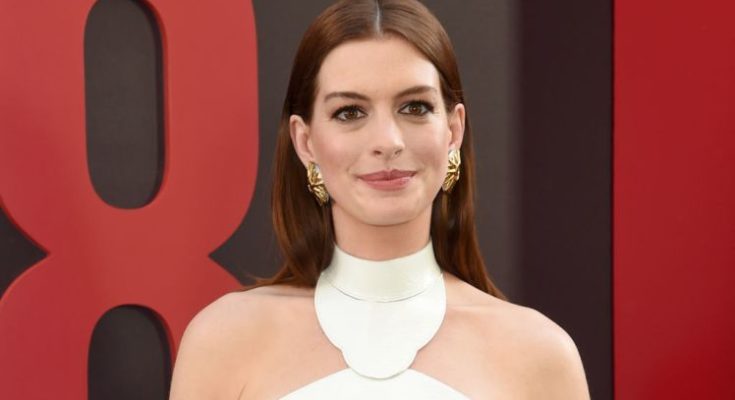 In the fight against racism/white supremacy, we need white allies to speak directly to white people. Thank you Anne Hathaway for speaking up and out against white silence. Read the entire article below.

A reprint from METRO written by Emma Kelly.

Nia and her 26-year-old sister Lahtifa were changing trains at a Bay Area Rapid Transit (BART) station in Oakland, California, when a man suddenly approached them and attacked the girls.

Nia was pronounced dead at the scene after receiving stab wounds. John Lee Cowell, 27, was arrested for the murder a day later.

Nia’s death has sparked protests and outrage over the police taking a day to find her alleged killer, who seemed to attack the girls for no reason, with many people arguing the police are slower to respond to and solve murders of black victims.

Now, Oscar-winning actress Hathaway has called on all white people to check their privilege and take some responsibility for their ‘lack of action’.

The 35-year-old shared a picture of Nia to Instagram and wrote: ‘The murder of Nia Wilson- may she rest in the power and peace she was denied here- is unspeakable AND MUST NOT be met with silence. She is not a hash tag; she was a black woman and she was murdered in cold blood by a white man.

‘White people- including me, including you- must take into the marrow of our privileged bones the truth that ALL black people fear for their lives DAILY in America and have done so for GENERATIONS. White people DO NOT have equivalence for this fear of violence.

‘Given those givens, we must ask our (white)selves- how “decent” are we really? Not in our intent, but in our actions? In our lack of action? Peace and prayers and JUSTICE for Nia and the Wilson family xx.’

Anne finished her post with the hashtags: ‘#blacklivesmatter #antiracist #noexcuse #sayhername #earntherighttosayhername’; and noted that she had turned off the comments on the post.

The Ocean’s 8 actress has been praised on Twitter for calling out white privilege and amplifying Nia’s tragic story.

One person wrote: ‘Anne Hathaway is determined to make me start rocking with Anne Hathaway on a permanent basis. Im here for it’; while another person tweeted: ‘the queen of Genovia SNAPPED. anne hathaway acknowledging her white privileges and calling out other white people for theirs. she is truly an ally in BLM.’

The police in Oakland have said they have no evidence thus far that Cowell was racially motivated in the attack, with BART Police Chief Carlos Rojas saying at a press conference: ‘We don’t take anything off the table. While we don’t have any facts that suggest he is connected with any white supremacist group, we are going to explore all types of possibilities and options.’

In a statement, Oakland Mayor Libby Schaaf said: ‘Although investigators currently have no evidence to conclude that this tragedy was racially motivated or that the suspect was affiliated with any hate groups, the fact that his victims were both young African-American women stirs deep pain and palpable fear in all of us who acknowledge the reality that our country still suffers from a tragic and deeply racist history.’