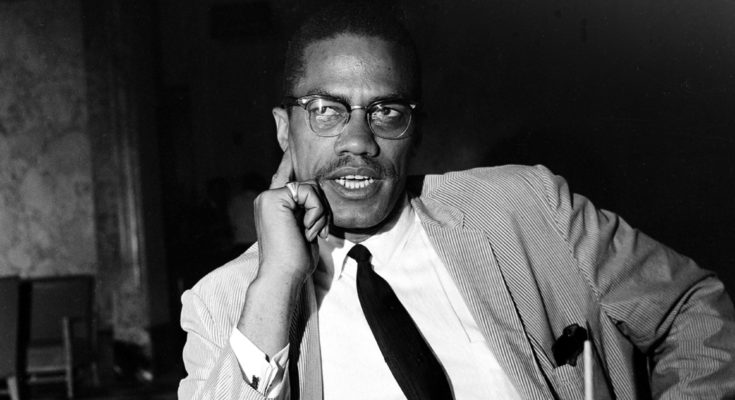 Rumors told us there were missing chapters from “The Autobiography of Malcolm X” for years. Now we know it is true.

A reprint from The New York Times written by Jennifer Schuessler.

For a quarter century, they have been the stuff of myth among scholars: three missing chapters from “The Autobiography of Malcolm X,” reputedly cut from the manuscript after his assassination in 1965 because they were deemed too incendiary.

Their possible existence was first teased at in 1992, when a private collector at an estate sale scooped up material belonging to Alex Haley, Malcolm X’s collaborator on the book. Years later, one biographer was allowed a 15-minute look at some of the papers, but otherwise they have been mostly locked away, surrounded by a haze of cultivated mystery.

But now the unpublished material, or at least some of it, has suddenly emerged and was offered for sale Thursday at a Manhattan auction house, along with another artifact that scholars have never seen: the manuscript for the published book, which bears dense traces of Mr. Haley’s and Malcolm X’s complex negotiations over the finished text.

At the auction, an unpublished chapter called “The Negro” was picked up by the New York Public Library’s Schomburg Center for Research in Black Culture for $7,000. There were no offers on the manuscript for the published version, which had an opening minimum bid of $40,000.

But after some hushed conversations in side rooms, it was announced that the Schomburg — located on Malcolm X Boulevard in Harlem, and already home to a large collection of material that had been held by Malcolm X’s family — had acquired the manuscript for an undisclosed sum, along with nearly a dozen unpublished fragments that had also gone unsold.

“‘The Autobiography’ is one of the most important books of the 20th century,” Kevin Young, the director of the Schomburg, said after the auction. “To have the version with Malcolm X’s corrections, and to be able to see his thoughts taking shape, is incredibly powerful.”

The manuscripts were included in a sale of African-American historical artifacts by Guernsey’s auction house. The sale also included an item that had attracted considerable media interest in recent years: a Detroit house associated with Rosa Parks that had been bought by an artist, disassembled and shipped to Germany, then shipped back again for sale. (The house, which had a minimum price of $1 million, received no bids.)

But it was the appearance, with little advance fanfare, of the Malcolm X material that caused a stir among scholars, some of whom expressed alarm before the auction that manuscripts that had been locked away by one private collector might disappear into the hands of another.

Jeanne Theoharis, a biographer of Rosa Parks who has written about conflicts with her estate over access to Parks’s archives, expressed relief that the Malcolm X material had gone to the Schomburg, where it will be available to researchers, and not a collector. Too often, said Dr. Theoharis, who attended part of the auction, “whoever has money can buy what they like, scattering it to the winds.”

Komozi Woodard, a professor of history at Sarah Lawrence College who is writing a book about the final year of Malcolm X’s life, said he was “shocked” when he learned about the auction earlier this week.

“If we’re trying to figure out where Malcolm would have taken us, some of those papers have clues to that puzzle,” he said.

There have been equally fierce battles over his literary remains. Papers removed from his family’s home by one of his daughters and later seized by owners of a storage facility were nearly auctioned in 2002, before scholars and family members organized an effort to have the collection placed intact at the Schomburg Center.

The manuscripts for “Autobiography” remained in the possession of Alex Haley, and when he died, they went to auction to settle claims against his estate. They were sold for more than $100,000 to Gregory Reed, a Detroit-area lawyer who has represented Rosa Parks and various Motown musicians.

The material landed at Guernsey’s as part of a complex bankruptcy proceeding involving Mr. Reed.

Over the years, Mr. Reed had offered teasing glimpses of the missing chapters, which he said were titled “The Negro,” “20 Million Muslims” and “The End of Christianity.”

The scholar Manning Marable, in the run-up to the publication of his Pulitzer Prize-winning 2011 biography of Malcolm X, described meeting Mr. Reed in a Detroit restaurant and being given a mere 15 minutes to look at some unpublished pages.

Dr. Marable (who died just before his biography was published) said it was unclear why the material had been cut from the book, which was published after Malcolm X’s death. But he emphasized how the book had been profoundly shaped by Mr. Haley’s own integrationist, liberal Republican point of view.

“He was deeply hostile to Malcolm’s politics,” Dr. Marable said in a 2009 interview.

In 2010, Mr. Reed read excerpts at an event at the former Audubon Ballroom (now the Malcolm X and Dr. Betty Shabazz Center), promising that the three chapters would be published soon.

Dr. Woodard recalled Mr. Reed projecting images of title pages with “Urgent” written in red ink. “He had been holding this stuff hostage for decades,” he said. “I had to restrain myself from asking, ‘What part of urgent don’t you understand?’”

Zaheer Ali, who was the lead research assistant for Dr. Marable, recalled the presentation feeling more like a sales pitch.

“There was not much revelation,” he said. “I left thinking to myself, I don’t think this is going to be what people think it’s going to be.”

Jason Anthony, a literary agent for the Malcolm X estate, said he did not think there had been any recent discussions with Mr. Reed about publishing the material, which would require the estate’s permission.

It remains to be seen what scholars will make of the material and how it relates to Mr. Reed’s longstanding claim of having found three missing chapters. The manuscript for the published book, held in a black binder, is missing some pages. There are a number of unpublished fragments, including some that Guernsey’s offered as single pages or slips of paper that bore marks where staples had held them to another page. (Most of these went to the Schomburg Center.)

But only one item — the 25-page typescript of “The Negro,” bought by the Schomburg for $7,000 — resembles a full chapter.

In a telephone interview, Mr. Reed said the book manuscript was complete when he bought it. He said he could not answer questions about the supposed three missing chapters but said the material he read at the 2010 event was not the same as what he showed Dr. Marable, which he described only as “copies of certain writings.”

The manuscript for the published book shows the push and pull between Haley’s revisions and queries and Malcolm X’s, which were generally in red ink. In some places, Haley urges him to pull back on the soapbox pronouncements or to tone down the fierce denunciations of white people.

In others, he affirms Malcolm X’s comments, as in a passage describing corruption in “some of America’s topmost white circles,” where he pencils in “I know!”

As for “The Negro,” it begins with a blast: “The Western World is sick. The American society — with the song of Christianity providing the white man with the illusion that what he has done to the black man is ‘right’ — is as sick as Babylon. And the black man here in this wilderness, the so-called ‘Negro,’ is sickest of them all.”

The text, which appears to have been written before Malcolm X’s break with the Nation of Islam, makes little reference to his own life story. Instead it gives a broad, unsparing analysis of what he considered the hypocrisies of white America and the delusions of “integrationist” blacks — a word he repeatedly puts in scornful quotation marks — who seek its acceptance.

“We are like the Western deserts; tumbleweed, rolling and tumbling whichever way the white wind blows,” he writes. “And the white man is like the cactus, deeply rooted, with spines to keep us off.”

Mr. Ali, who is now an oral historian at the Brooklyn Historical Society, said that the manuscripts, taken together, could help shed light on the way Malcolm X’s purpose for the autobiography changed over time, as his ideas, and his relationship with the Nation of Islam, changed.

As for cutting “The Negro” and other alterations, he said he took a “softer” view of Mr. Haley’s editing than Dr. Marable had.

“Haley was trying to write a story using the conventions of narrative,” he said. “At some points, his problem with Malcolm was that he was speechifying. But Malcolm’s objective was to speechify, to present his arguments.”