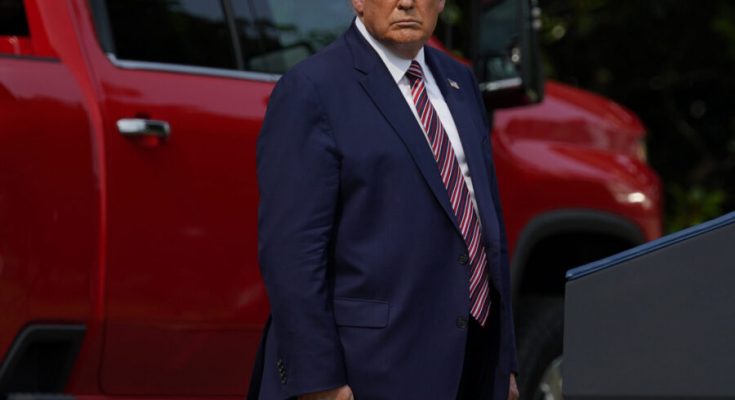 Scientists expressed dismay Friday that the Trump administration had not publicly released a document the Center for Public Integrity posted a day earlier showing that the White House Coronavirus Task Force considers 18 states to be in the “red zone” for virus cases.

“Makes me angry,” Dr. Tom Frieden, director of the Centers for Disease Control and Prevention during the Obama administration, wrote on Twitter. “There is absolutely NO legitimate reason for this information — and much better information — not to be publicly available, in real time, RIGHT NOW for every community in the United States, every day.”

Several governors confirmed they received the report earlier in the week. It recommended that many states and counties in red-zone areas limit gatherings of more than 10 people and mandate that residents wear masks, among other precautions.

A former director of the CDC’s influenza division, Nancy Cox, said she found the task force document full of good advice — advice that would have been helpful for all Americans, not just governors, to see earlier.

“I’m very disappointed that it hadn’t been made public,” she said in an interview. “They didn’t release that information so that we could hold our lawmakers accountable and put pressure on them to do the right thing.”

Some governors came under fire for not following advice contained in the report. In red-zone Florida, Republican Gov. Ron DeSantis has resisted calls for stronger mask requirements.

“We have this data. We know the facts,” state Rep. Anna Eskamani, D-Orlando, wrote on Twitter. “And even the White House is providing recommendations for DeSantis to follow — what is he waiting for?”

The same day that Public Integrity posted the White House report, Arizona’s Republican governor, Doug Ducey, suggested the state was doing better in the pandemic and pointed to a map produced by CNN, in which Arizona was colored green. But the White House report places Arizona among the 18 red-zone states for cases, meaning they had more than 100 new cases per 100,000 residents last week. It’s also among 11 states that are in the red zone for the percentage of positive tests. While the report acknowledges that new cases in Arizona remained relatively steady last week, the state has seen an increase in test positivity. The state’s new cases per capita are nearly three times the national average, the report says.

Louisiana, which is in the red zone, issued a mandate on July 11 requiring masks in public places and limiting gatherings of more than 50 people, but the order falls short of the White House report’s recommendations to limit gatherings to 10 people and close gyms. A spokesperson for the governor’s office said the office did not receive the White House report until July 14 after the state had already passed new restrictions. But Gov. John Bel Edwards, a Democrat, told reporters he is “not of a mindset” to add new restrictions on the heels of the recent order.

Arkansas, another red-zone state, also adopted a statewide mask order on July 16, but the governor’s office has not issued rules that would close gyms or bars, despite recommendations for closures in COVID-19 hotspots throughout the state.

Kansas, in the red zone for cases, adopted a statewide mask mandate on July 2. But a new state law allowing counties to opt out of pandemic-related orders meant that, as of early July, 90 out of 105 counties had rejected the mask mandate. Those counties include hot spots in which  the White House report recommends such a mandate.

In red-zone Georgia, Republican Gov. Brian Kemp added fire to his war against mask mandates by suing the city of Atlanta to block its rule, even though the White House report recommended Georgia adopt a statewide mask requirement.

The Arizona, Arkansas, Georgia and Kansas governors did not respond to requests for comment.

Other governors’ offices said they had received the White House’s recommendations earlier in the week and either had fulfilled the recommendations or were working on them.

Nevada health officials said in a press release they had shared the Nevada portion of the report with local governments and asked them to implement the White House’s recommendations.

Kellyanne Conway, counselor to the president, said Friday morning outside the White House that she had only read about the report released by Public Integrity and wasn’t sure it was factual.

“The White House is not afraid of information,” she said. “We publish many documents.”

The report appears to be a later version of a document held aloft at a press conference July 8 by White House coronavirus task force leader Dr. Deborah Birx. Conway called Public Integrity “an outside organization that I’m sure doesn’t support the president’s election.”

This article about the coronavirus report was originally published by the Center for Public Integrity , a nonprofit newsroom based in Washington, D.C.