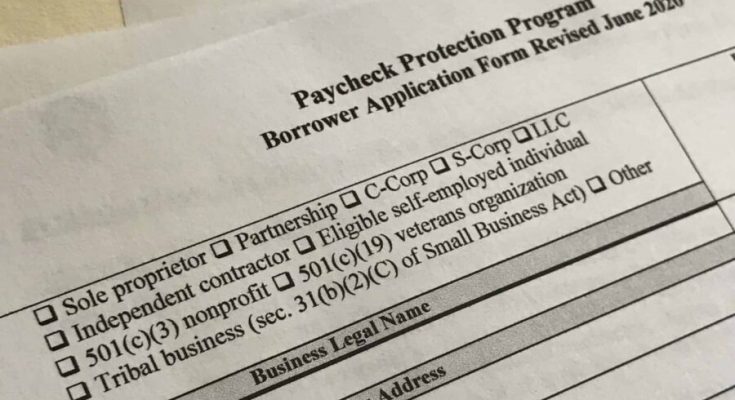 The majority of lenders and borrowers who participated in the $659 billion emergency lending program aimed at supporting small businesses hurt by the spread of the novel coronavirus opted not to disclose the race or ethnicity of the business, according to data released by the U.S. Small Business Administration.

“The program design and data collection were so loose it allowed for potential gaming around who [banks] were serving.”

The loan data, released Monday in response to congressional pressure, reveals little about how much of the federal loans went to minority-owned businesses, which were hardest hit by the pandemic. About 86% of the 661,218 loans made for $150,000 or more don’t provide any information about race or ethnicity of the business owner.

The report comes after Public Integrity filed a lawsuit June 19 to compel the SBA to release information on the businesses that received loans. Days later the agency said it would release information including the names of borrowers who received loans above $150,000 and the amount of their loans within ranges. Public Integrity is still pursuing the lawsuit to get full transparency on the loan process. Other media outlets filed a lawsuit seeking the data. (Public Integrity received a loan from the Paycheck Protection Program.)

The Paycheck Protection Program, signed into law by the Trump Administration March 27 as part of the Coronavirus Aid, Relief, and Economic Security (CARES) Act, has been criticized for failing to provide loans to businesses, including minority-owned organizations, hit hardest by the coronavirus. In the first round of loans, well-connected and bigger companies got the first shot at loans; some companies that reported no tangible negative consequences as a result of the coronavirus also applied for and received loans while needier businesses were turned away by banks.

Smaller lenders were more likely to report the race or ethnicity of the business compared with banking giants such as JP Morgan Chase & Co., Bank of America Corp. and PNC Financial Services Group Inc. which revealed little demographic detail, according to Public Integrity.

The SBA did not require lenders or borrowers to disclose information about race and ethnicity.  The agency said in its disclosure comments that it “expressly requests demographic information for borrowers” if the business requests forgiveness of a loan. The Paycheck Protection program forgives loans providing the borrower used it primarily to pay for employees’ salaries.

The data makes it “difficult to assess who is getting the loans,” said Jesse Van Tol, chief executive of the National Community Reinvestment Coalition, a nonprofit focused on ending discrimination in lending, housing and business. “The program design and data collection were so loose it allowed for potential gaming around who [banks] were serving.”

Van Tol said the SBA data is reflective of other data collected by the SBA  that shows a low-level of lending to Black-owned businesses, whose share of business loans has dropped to 3% from 8% since the 2008 financial crisis.

In a June 30 report posted before Monday’s data release, the SBA said, “PPP loans were made across economically diverse areas of the economy. Low- and moderate-income areas received PPP loans approximately proportionate to their percentage of the population.”

This article was originally published by the Center for Public Integrity, a nonprofit newsroom based in Washington, D.C.” and link to our homepage. Photo rights not included