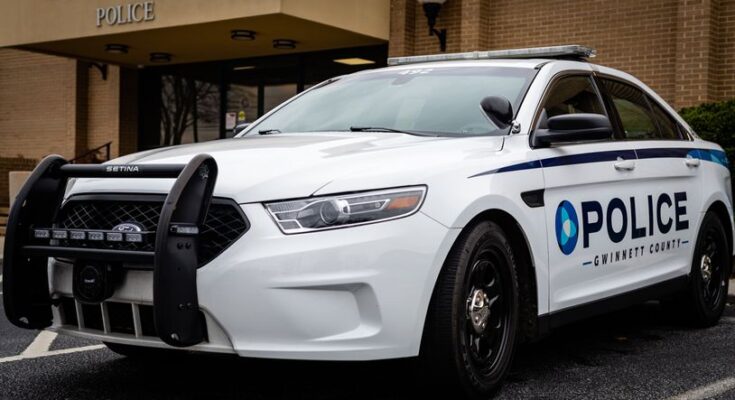 Street racing has taken many lives over the past years, but recently it is really gotten out of control. According to the Atlanta Journal & Constitution, Gwinnett County police arrested more than 80 people Sunday who they say were participating in “illegal and dangerous street racing activities.”

Shortly after midnight, officers got a call about a group of drivers and spectators blocking the intersection of Peachtree Corners Circle and Spalding Drive, according to a Gwinnett police news release. When they got there, officers were able to block in 26 vehicles and their occupants.

Police later learned that a pizza delivery driver’s vehicle was damaged as people surrounded the delivery vehicle as it was trying to escape, the release states.

A video of the event obtained by Channel 2 Action News shows several cars and large crowds of spectators blocking the intersection as drivers do doughnuts and lay drag.

A large detainee transport bus and two smaller van-style transport vehicles were needed to take a group of about 68 adults to the Gwinnett County jail, according to the release. Additionally, 20 minors were arrested and then released to their parents or guardians. The 26 cars were impounded. Five handguns also were recovered.