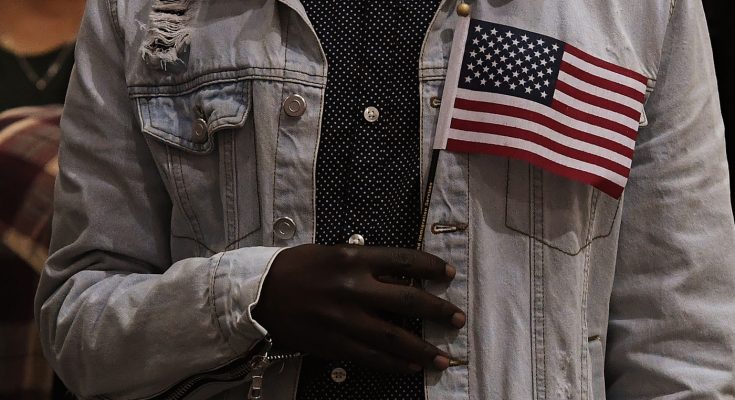 Written by JUSTINE KENIN and JASON FULLERT for NPR

The breadth of what it means to be a Black American is widening, according to new analysis of the latest migration statistics.

The Pew Research Center combed through the U.S. Census data and found the percentage of the Black population that had migrated to the United States had more than tripled over the last 40 years.

These days, roughly 10% of Black people in America were born overseas — compared to just 3% in 1980 — and a total of 21% were either an immigrant or child of an immigrant.

Study co-author Monica Anderson is an associate director of internet and technology research at the Pew Research Center and called the numbers a major shift.

“The U.S. has long had a sizable Black population due to the trans-Atlantic slave trade, but voluntary rather than forced arrival is relatively new,” she said.

21% of Black people in the U.S. are immigrants or children of immigrants.Pew Research Center

The first was the Refugee Act of 1980, which increased the cap on refugees and paved the way for those coming from countries in conflict like Ethiopia and the Democratic Republic of Congo to enter the U.S.

The second was the Diversity Visa Program — a lottery program created to boost immigration from underrepresented countries.

“[This] encourages immigration from countries that did not send many people to us in the first place, so it gave them an opportunity to come to the U.S.,” Anderson said.

The number of foreign-born Black people in America is now about 4.6 million, with the Pew Research Center projecting that number will more than double to 9.5 million by 2060.

The fact that the Black population in the U.S. is diversifying didn’t come as a surprise to Belinda Deneen Wallace. She specializes in Afro-Caribbean and Afro diaspora studies at the University of New Mexico and said there had never been a monolith of Black America.

“There has always already been a Black diaspora component to American Blackness,” she said. “I think the visibility has shifted the way in which we see non-traditionally hyphenated African American Blacks in this country, but the presence has definitely always been here.”

Wallace pointed to the White House as a key example.

“I think our vice president is probably the most prominent representation of that,” she said, referencing Kamala Harris, whose father emigrated from Jamaica.

Wallace said this diversity of Black life was reflected not just in politics, but also pop culture.

“I think Nollywood out of Nigeria has definitely made its way across the pond,” she said. “We also see it with something like Issa Rae, who is African American and Senegalese, and her show Insecure had a diasporic feel to it. So yes, I would say it is becoming more visible to those of us here in the States.”

The study finds variation in education

Among the other notable findings from the study was a variation in education, with 31% of Black immigrants age 25 and older holding a college degree, compared with 22% of Black people born in the U.S.

But Anderson said if you dug a little deeper there was quite a range.

“For example, among the foreign-born Black population in the U.S. … about 65% of Nigerians have a bachelor’s or advanced degree, which is far higher when compared to Americans overall or immigrants overall,” she said. “But at the same time, those that are from places like Haiti or Somalia are far less likely to hold this type of college degree.”

Wallace said these numbers should be regarded carefully.

“I do worry that we take this information and we use it as a kind of divisive shaming rod to say, ‘Oh, well, if Blacks from the Caribbean can have this level of success, clearly African Americans can, too. Or if immigrants are succeeding in this particular way, clearly, African Americans can, too,’ without looking at the specificity of our experiences here in the United States,” Wallace said. “So it’s helpful, but it can be wielded in a way that I think can be dangerous.”