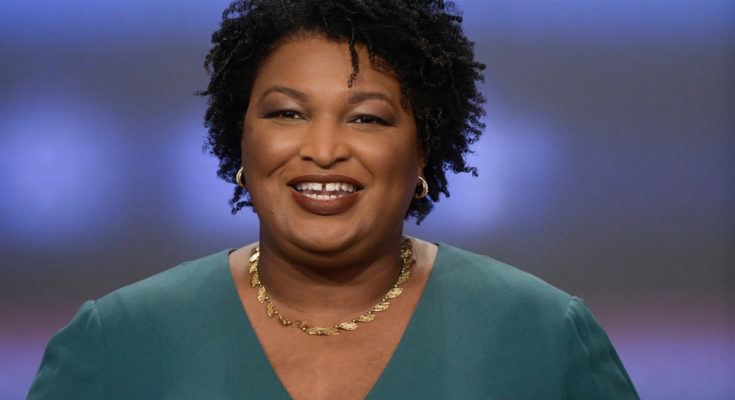 This is a reprint written by Kimberly Foster, guest writer for Huffington Post.

When I went to bed on the night of the 2018 midterm elections, I was heartbroken. Yes, the Democrats had taken back the House of Representatives, but the candidates I had been most invested in ― Stacey Abrams, Andrew Gillum and Beto O’Rourke ― had lost.

I knew O’Rourke, despite his magnetism, probably wouldn’t get it done.

My hopes were much higher for Abrams and Gillum. The polls conducted on their races showed these exceptional Black candidates tied or ahead leading into Election Day, a seeming miracle to me as a daughter of the South. I knew, though, that Abrams and Gillum were up against tremendous structural obstacles. Obstacles that political wit and charisma might not help them get over.

Abrams’ contest against Brian Kemp, who as Georgia’s then-secretary of state would oversee his own election, was especially troublesome. In August, Abrams called Kemp “a remarkable architect of voter suppression” because of his department’s history of removing Georgians from voter rolls, rejecting high numbers of registrations and closing or moving voting sites.

By Tuesday night’s end, neither Abrams or Gillum had the votes to claim victory. Gillum conceded by urging his supporters to continue fighting for their seat at the table. Abrams, however, refused to give in.

“Democracy only works when we work for it, when we fight for it, when we demand it,” she told supporters. Abrams vowed to remain in the race until every ballot was counted. The Abrams campaign believes Kemp claimed victory prematurely because there are thousands of absentee ballots, provisional ballots and military votes that have not been tallied.

She made the right call.

Now is not the time to bow out gracefully. Now is the time to combat the deep-seated culture of corruption Republicans have cultivated in our elections.

Kemp, his camp and his supporters are counting on Abrams to accept the loss and the questionable circumstances that surround it without hesitation. She risks looking like a sore loser and emboldening those who believe in racist, sexist stereotypes.

Women are supposed to be grateful, simply, for the opportunity to compete. Black people are not supposed to fight for the things powerful white men think themselves entitled to. They’re told to accept their place as second-class citizens and make way for the status quo.

As a Black woman, Abrams has additional baggage to slough off in the form of scripts about her anger and aggression. Certainly, she knows this. But she couldn’t have gotten to her position by letting bigoted perceptions dictate her actions.

Now is not the time to bow out gracefully. Now is the time to combat the deep-seated culture of corruption Republicans have cultivated in our elections. Not just for the people of Georgia, but for every American whose vote needs protection.

If there’s an outside chance that the gap can be closed, this Democratic nominee should pursue it. Moreover, with litigation, the Abrams campaign has an opportunity to expose a myriad of alleged offenses that were the result of Kemp’s lack of oversight. They owe it to every person who cast a ballot, who stood out in the rain, who mailed in an absentee ballot to make sure their vote is counted.

In a press conference on Thursday morning, Abrams campaign manager Lauren Groh-Wargo posed critical questions that the secretary of state’s office has yet to answer. Why were polling places in Democratic strongholds equipped with too few machines and ballots, which resulted in three-hour wait times?  Why haven’t all absentee ballots been accepted? When will we know the vote tallies for provisional and military voters?

Groh-Wargo noted that this information is public, and Kemp’s former office should be prepared to provide a full accounting.

When reporters pressed Abrams campaign chairwoman Allegra Lawrence Hardy to provide an end date to the campaign’s quest, she echoed Abrams by making it clear they would fight until they were satisfied with the tallies they’re presented.

Abrams is brave to continue her push. This isn’t sour grapes.

Every political candidate wants to win. But every candidate is not as committed as Abrams to speaking up and taking any flack that comes. They should not concede to an unearned victory.

The more than 1.5 million Georgians who cast ballots for Abrams should be assured of the integrity of the elections in their state. If they are being cheated, let it come to light. Their candidate is now their advocate.

Every day that she refuses to relent, Abrams makes the statement that Democratic constituents are worth fighting for.

Critics can say what they want about Abrams. They can call her “not very classy” and “embarrassing,” but niceties are of no value in the trenches. Abrams is precisely the kind of politician the left needs right now.

This is a critical time of transition for the Democratic Party. Nancy Pelosi, the presumptive speaker of the House, said recently that we have a “responsibility to seek common ground” with members of a political party that uses its power to openly discriminate against the country’s most vulnerable people. Abrams embodies the ethic of those voices in the Democratic Party who say civility is not more important than justice.

Donald Trump and his GOP base are always raring for a fight. It’s time progressives meet them, not for the sake of ego, but for the preservation of democracy.

Any realist can see that the likelihood Abrams will win is fairly slim, but even if she doesn’t become the governor, these efforts are not in vain. Every day that she refuses to relent, Abrams makes the statement that Democratic constituents are worth fighting for.

Kimberly Foster is a cultural critic and editor-in-chief of For Harriet, a digital community for black women.