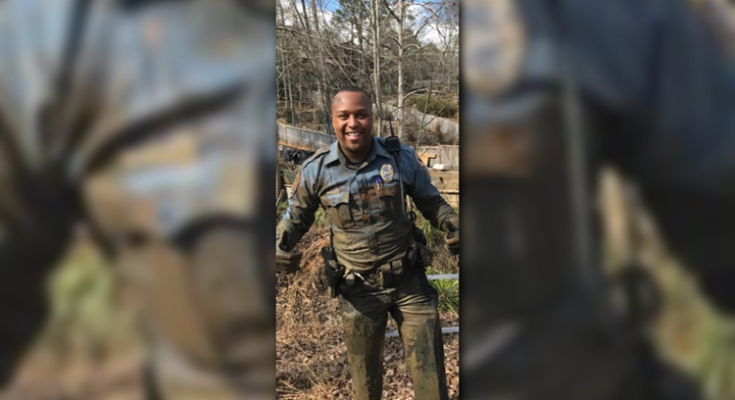 As Toney and the other officer approached, they were shot at from inside the suspect vehicle. One of those shots hit Toney, according to Gwinnett Police. There were no words exchanged before the gunfire. The other responding officers pulled him to cover.

According to reports, at least one shot came through the glass of the vehicle and struck Toney. He was taken to Gwinnett Medical Center in Lawrenceville where he died from the encounter.

Gwinnett County Police Chief Ayers said Pretlow is accused of crashing the suspect car and running away on foot. He was tracked down by officers and pointed a gun firing several rounds, according to Ayers.

A second suspect, Tafahree Maynard, is still at large and is considered armed and dangerous, police said. He has active warrants for aggravated assault and felony murder.

“We are asking anyone who saw anything or knows anything to call 911,” Smith said.