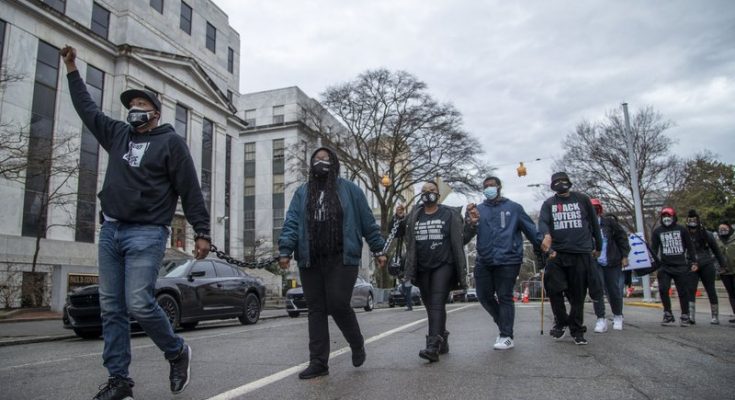 Georgia’s GOP are moving fast to suppress the vote in the state with sweeping laws that make it much harder to cast your vote. On Monday, Georgia Republicans showed their allegiance to the voter fraud lie of 2020.

The Associated Press reports that “Republican lawmakers in Georgia muscled legislation through the state House on Monday that would roll back voting access, over the objection of Democrats and civil rights groups gathered at the Capitol to protest. The bill comes after record turnout led to Democratic wins in Georgia’s presidential election and two U.S. Senate runoffs. House Bill 531 passed the lower legislative chamber by a vote of 97-72. It now goes to the state Senate for more debate.”