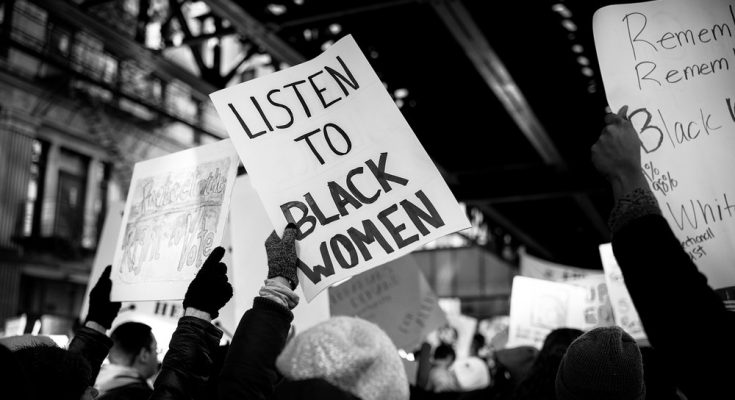 It has been over three years since the election of Donald J. Trump as president of the United States of America. I remember reading an article entitled “Year One: When Black Women Lead” written after the 2016 general election. As we prepare for the 2020 general election, this is the perfect time to revisit the first part of a series written by Steven W. Thrasher for the New York Review Daily one year after the election of Donald J. Trump.

“The past year of political hell in America could have been avoided if the nation had listened to black women. Unlike a majority of white women on election day 2016, some 94 percent of black women voted for Hillary Clinton—the largest concentration of any demographic to go for any candidate in the presidential election.

Year One: When Black Women Lead

But the nation has long ignored black women’s wisdom and prescience, and we are all paying the price—while black women themselves are among those punished the most. The forty-fifth president of the United States is winding up his first year in office with near constant displays of misogynoir—a term coined by queer black feminist Moya Bailey to describe the particular racialized misogyny directed at black women. The president’s most recent personal attacks on black women have included mocking ESPN sports commentator Jemele Hill’s suspension for commenting on sports, falsely claiming that Florida congresswoman Frederica Wilson “totally fabricated” his crass remarks about the death of Sgt. La David Johnson, and even implying that Gold Star widow Myeshia Johnson herself was a liar. This dynamic is not unlike how the Trump administration railed against journalist April Ryan after the president asked her to set up a meeting for him with black lawmakers. It stands to reason that Trump’s particular target of vitriol has to do with the fact that black women have, from the beginning, made up some of his strongest opposition.

In electoral politics, black women have dominated the resistance. Long before “reclaiming my time” became a meme, California Congresswoman Maxine Waters refused ever to meet with President-elect Trump and vowed to “fight him every inch of the way.” Unlike the Democratic congressional leadership, Waters staked out a bold opposition to “45” in the House, as her fellow Californian, Kamala Harris, has in the Senate. (For the stands they’ve taken, Waters had her hair mocked by the soon-to-be-fired Fox News host Bill O’Reilly, while Harris was rudely interrupted during hearings of the Senate Intelligence Committee.) Over the summer, former Ohio Senator Nina Turner took over Our Revolution, the post-election organization of Bernie Sanders, whose presidential campaign was marred by missteps on race and gender.

Outside formal politics, black women have also led the resistance. As I reported in St. Louis this summer, Black Lives Matter—a movement begun by Alicia Garza, Opal Tometi, and Patrisse Cullors—can attribute its continued strength to black women’s organizing. Much like the civil rights leader Fannie Lou Hamer, who would have turned a hundred this October and who, Garza wrote, “taught us leverage politics,” these women have put their bodies on the line, leading thousands of others to do the same.

Though woefully under-recognized, black women have been leading the resistance in athletics as well. Long before the NFL protests, even before Colin Kaepernick first kneeled, the women of the WNBA have been fined for protesting racism, while the cheerleaders of Howard University, in solidarity with Kaepernick, have also been taking a knee.

And in the arts, black women are also leading. In the music of Beyoncé and Solange, in the words of Roxane Gay’s Hunger, in the images of Kara Walker, and in the worlds created onscreen by Shonda Rhimes, Issa Rae, and Ava DuVernay, Americans can thank black women’s artistry for ways of seeing their own lives differently, and as more fully human. Black transgender artists like Reina Gossett have been doing the hard, if under-acknowledged, work of telling stories on film of their also under-acknowledged predecessors, such as Stonewall veteran Marsha P. Johnson.

As under siege as my psyche has felt in Trump’s America, I have taken solace in seeing Lena Waithe, who made history as the first black woman to win an Emmy for comedy writing, depict my queer reality in Master of None’s “Thanksgiving” episode. The lightest escape I felt from 2017 was being in a movie theater full of black women laughing at Tiffany Haddish in the hugely successful Girls Trip. And few things made me feel more optimistic than seeing Sonequa Martin-Green star in Star Trek: Discovery, as well as Octavia Spencer, Janelle Monáe, and Taraji P. Henson in the highest-grossing Oscar-nominated film of last year, Hidden Figures.

Black women did all this since Trump was elected. They did so despite being paid just 63 cents on the dollar compared to their white male counterparts. They’ve joined BuzzFeed News’s Shani Hilton in major digital media outlets this year, with Lydia Polgreen becoming the editor of HuffPost and Lauren Williams taking over Vox. They’ve also been leading academia and the world of ideas. Historians Keisha Blain and Sarah Haley just won two of this year’s American Historical Association awards, Lisa Lucas has been making the National Book Foundation more relevant than ever, and four black women—painter Njideka Akunyili Crosby, composer and musician Rhiannon Giddens, journalist Nikole Hannah-Jones, and writer Jesmyn Ward—are newly-minted MacArthur “geniuses.”

Meanwhile, the African-Americanist Keeanga-Yamahtta Taylor, who wrote the seminal 2016 book From #BlackLivesMatter to Black Liberation, has given public talks with scholars like Angela Davis that became so popular this year that Fox News tried to take her down for pointing out, correctly, that “The president of the United States, the most powerful politician in the world, is a racist, sexist megalomaniac.” (She began to get so many death threats that, she had to cancel some talks.) Taylor returns this fall as the editor of How We Get Free: Black Feminism and the Combahee River Collective. It includes a reprinting of the original Combahee River Collective Statement, which first gave us the term “identity politics,” as well as interviews with the collective’s Barbara Smith, Beverly Smith, and Demita Frazier. As the writer Samhita Mukhopadhyay reminds us, “Since the existing political caucus didn’t address the direct perils facing black women and women of color” in 1977, the collective decided to

focus on their own oppression, and this focus would be “embodied in the concept of identity politics.” Their statement explained that “the most profound and potentially most radical politics come directly out of our own identity, as opposed to working to end somebody else’s oppression.”

This new collection of a four-decades-old text reminds us that black women have long known that America’s destiny is inseparable from how it treats them and the nation ignores this truth at its peril. It was the legal theorist Kimberlé Crenshaw who coined the term “intersectionality” in a landmark 1991 essay. That same year, Anita Hill came forward with sexual harassment allegations against a conservative nominee to the Supreme Court, Clarence Thomas. If Hill had been believed, it could have sunk his appointment. But such claims from a black woman were not taken seriously, including by Senate Democrats, eleven of whom voted to confirm Thomas.

That was a consequential moment indeed, as Crenshaw noted after Trump’s election last fall: “We just have to go back and think about all the 5-4 decisions that were made possible by Clarence Thomas, including the gutting of the Voting Rights Act.” Consider how thin Trump’s margins were in three key states that gave him the electoral college victory: he won with fewer than 23,000 votes, for example, in Wisconsin, where more than 200,000 votes were suppressed by measures made possible by the Supreme Court’s 2013 decision on the Voting Rights Act.

Believing Hill decades ago could have changed access to the ballot and who occupies the White House now. In spite of how often they are right, “black women still find themselves defending their name, often alone, sometime against friends and usually against predictable foes,” Crenshaw recently wrote.

Americans should have listened to a black woman then. They should listen to black women now.”

This essay is part of a series reflecting on the first year since Donald Trump’s election as president. 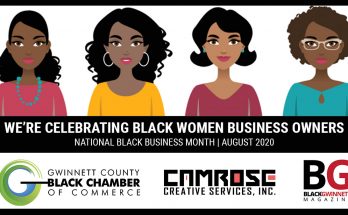 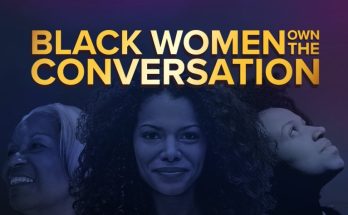 Black Women Own the Conversation: Season 2