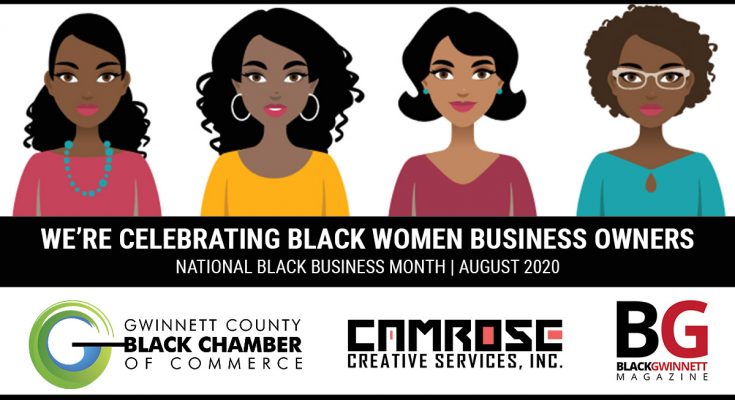 As we celebrate Black Business Month 2020, let’s look at the state of Black businesses owned by women in the United States.

The concerning statistic in this report is about earned average revenue. African-American businesses owned by women earned an average $24,000 per firm vs. $142,900 among all women-owned businesses. This gap, says the report, is “the greatest of any minority [group].”

According to digitalundivided’s Project Diane 2018 report, The State of Black Women Founders ( the report is issued every two years) the number of startups founded by Black women more than doubled from 2016 to 2018—to less than 4%. But that’s small compared to the percentage of Black women in the U.S. (14% of women in the U.S. are Black). Nearly half of all African-American women-led startups were in California and New York.

Remember to #BuyBlack in August during the National Black Business Month and everyday throughout each year.

Gwinnett County Black Chamber of Commerce is an excellent resource for Black business owners located in Lawrenceville, Georgia. Visit https://blackchambergwinnett.com for more information on the chamber.