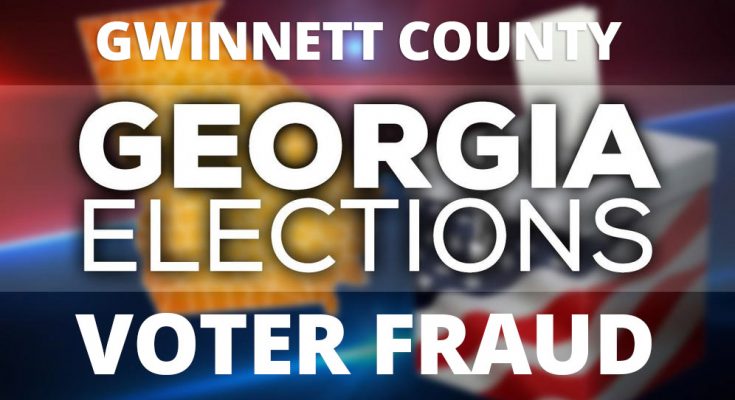 UPDATE: July 4, 2020 – Georgia law allows for correction of absentee ballots rejected by the scanner with a three-person review process for each. With the massive number of absentee ballots and rejections, it is impossible for this law requirement to have been followed by Gwinnett County Election officials. Cheryle Renee Moses is filing a complaint with Gwinnett County Ethics, Georgia Secretary of State, and Georgia Election

“Most would say Georgia is the voter suppression and election stealing capitol of the United States of America. From lawsuits from Stacey Abrams having her governorship stolen to new voting machines showing up after the election day started on June 9, Georgia’s Secretary of State and election officials just keep on rigging votes,” said Cheryle Renee Moses.

“Now we have the unquestionable proof of how vote stealing is done in Gwinnett County and Georgia,” continued Moses.

Georgia voting polls closed at various times after 7:00 p.m. on Tuesday, June 9, 2020 for the Democratic Presidential election. A record number of voters turned out to cast their votes. According to the Atlanta Journal and Constitution (AJC), a week after Georgia’s primary, tens of thousands of absentee ballots had not been counted, stalling complete results and leaving some races in limbo.

A Georgia record of 1.1 million, absentee ballots caused much of the holdup of race results in the presidential primary in June 2020. Election workers had to sort ballot envelopes, open them, separate ballots and scan votes.

“I was contacted with information from more than one very reliable sources that management-level members of Gwinnett County Voter Registrar Office were instructed to not toss out many absentee ballots that would normally be rejected. But instead, to use fresh, unused absentee ballots and fill them out based on the information on the actual registered voting citizen’s absentee ballot,” said Moses.

“Over the course of three days they did this. That is illegal! That is voter fraud at the highest level in Gwinnett County,” exclaimed Moses.

Georgia Absentee Ballots can be rejected for various reasons including using the wrong ink color, not following the instructions for selecting your vote choice, etc. In 2018, a high rate of Georgia absentee ballots were rejected by the then Secretary of State and now Governor of Georgia Brian Kemp.

“I have received these complaints and the sources are ready to swear before a judge about this personally-witnessed voter fraud. This is against the law. What Gwinnett County Voter Registrar Office’s supervisors and staff have done is unconscionable. It is voter fraud,” said Moses.

“Gwinnett election totals from absentee ballots for the Tuesday, June 9, 2020 Georgia Democratic Primary must be thrown out. I am demanding the election be redone, and the counting of new absentee ballots overseen by federal authority and in the presence of a non-county-employed committee of Gwinnett citizens.

“Yes, that elections was a fraud. We must have a do over and those responsible held accountable,” stated Moses.