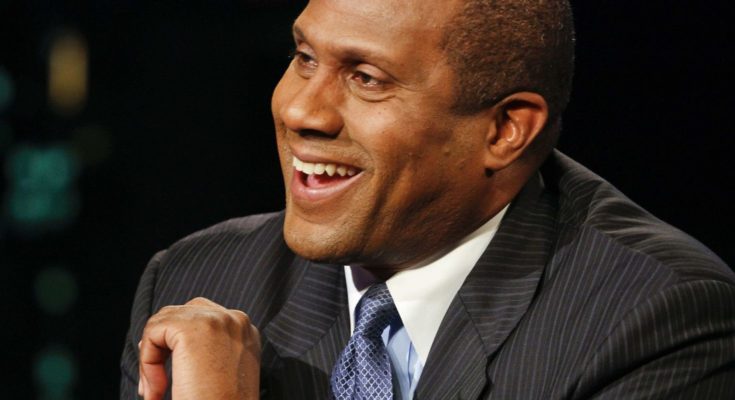 With the sexual harrassment and assault wave that is flooding America, black people around the world were holding their breath as white men fell like Dominoes. Then came Russell Simmons. Many said “Oh damn.” But —  okay —  hip hop, that woman-bashing mentality — one could possibly see that.

But when it was announced that Tavis Smiley was cancelled from PBS, many stopped in their tracks.

Because with over 20 years of broadcast expertise, Smiley is in a different class of broadcast journalists. He is a media household name in the black community nationally and internationally.

With his poignant, revealing interviews, many are excited and delighted that Smiley is walking through new doors as reported by Baller Alert. Smiley announced a brand new show – “The Upside with Tavis Smiley” – to air on The Word Network and will stream online. The show will have a focus on inspirational storytelling.

It is said that when one door closes many others open, so Smiley’s PBS move could just be the Universe’s way of moving him out of that old situation into something better and completely under his control.

And there is more!

Tavis will be hosting a town hall tour in five cities to talk about relationships on the job, writing a new book and creating an online course titled “Leading by Listening.”

Owning your own content and platform is the only way for Africans in America and blacks across the country to prosper and be totally self-sufficient. Smiley is on the road to showing us once again how it is done with excellence!

As PBS attempted to downsize Smiley, he has reversed that action by bringing “The Upside with Tavis Smiley” to his fans to have its first episode this spring!