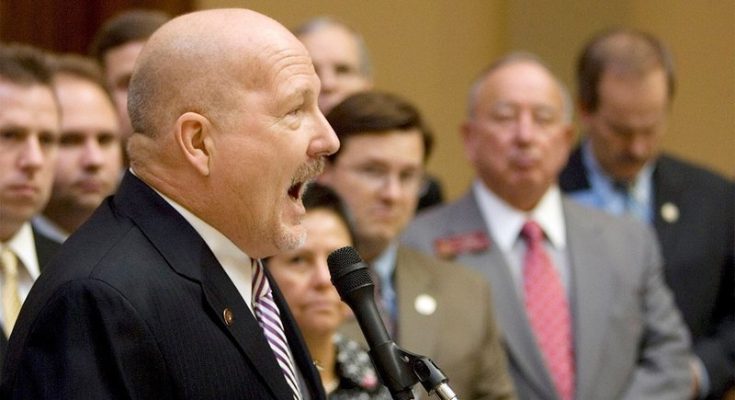 This is a petition created by Kirkland Carden on change.org.

On Wednesday, July 31st, a Gwinnett County Commissioner intended to hold a good-faith discussion on the 287(g) program, which deputizes members of the Sheriff’s office into ICE agents. Instead, this was hijacked by D.A. King–a white nationalist and anti-immigration activist. The Southern Poverty and Law Center labeled his organization, the Dustin Inman Society, a “hate group.“

He has consistently disparaged immigrant communities, saying that they are “…there to blow up your buildings and kill your children, and you, and me.” These views are repugnant and unacceptable.

King was elevated into this position as official “representative” for the Gwinnett County Sheriff’s office by Sheriff Butch Conway. The Republican Sheriff has avoided accountability on his policy positions for years and refuses to speak with the people whom he serves. If the Sheriff is too afraid to defend this policy, then he should either resign or choose a different course. King’s inciting and bigoted rhetoric should never have been given the legitimacy of this platform by Conway’s office, which is funded by taxpayers, in one of the most diverse counties in the nation.

While there are plenty of reasons to criticize Sheriff Conway, this decision is intolerable. We are demanding that the Gwinnett County Board of Commissioners pass a measure condemning Sheriff Conway for his actions, and begin investigating correspondence between his office, D.A. King, the Dustin Inman Society, and any other hate groups. This calls into question the Sheriff Department’s ability to fairly pursue justice. As citizens who are supposedly protected and served by the Sheriff, we have the right to know why he selected King to represent his office.

The petition is available at change.org.