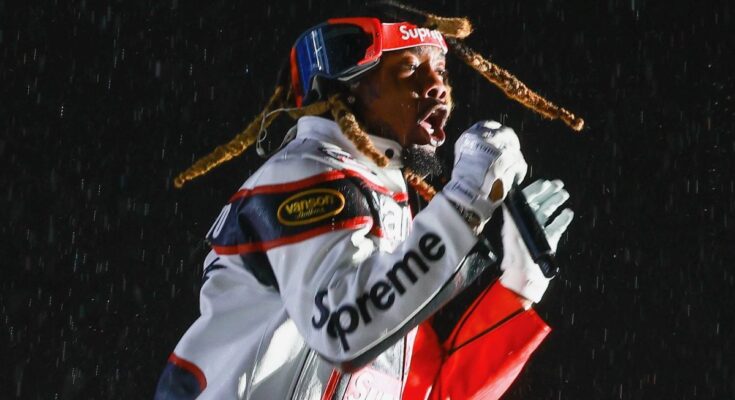 In November, Quavo, the Migos rapper, supported the Gwinnett community with a turkey giveaway for Thanksgiving despite laying to rest his nephew Takeoff. And for Christmas, Offset, a Migos rapper, sponsored a holiday toy drive. During that toy drive, Gwinnett County honored the rapper with a key to the county.

Below is the article by hiphopdx.com covering Offset’s honor.

Offset has been given a key to Gwinnett County for his contributions to the community, and he received the honor whilst helping some children in need.

On Friday (December 23), the Migos rapper held his first annual Offset Toy Giveaway, where he handed out Christmas gifts to the less fortunate.

“I just wanted to give back to my community,” Offset told those in attendance (via Fox 5 Atlanta). “Thanks to all the kids for always supporting me and always listening to me and always just being there for me, you know. Y’all hold me up.”

The Lawrenceville, Georgia native proceeded to explain that he’s recently been going through a tough time — referring to the murder of his cousin and fellow Migos member TakeOff — but said that “God is good.”

He later shared a carousel of photos from the event on his Instagram, including one that shows the mayor of Lawrenceville handing him a key to Gwinnett.

“I’m going to make sure that I do more for my community not just holidays or a one time thing I want to be able to change it,” Offset wrote in the post’s caption. “Thank God for blessing me to be able to bless others it’s not just gift it’s help to my side the NAWF be a better place.”

Earlier this week, Offset admitted the death of TakeOff is still weighing heavily on him and that he’s finding it hard to process.

“Shit not easy fake smiling and shit tryna keep walking with my head up,” he wrote to his 4.5 million Twitter followers. Offset accompanied his tweet with a photo of TakeOff stood triumphantly on stage during Migos’ performance at Miami’s Vewtopia Music Festival in 2020.

TakeOff (real name Kirshnik Ball) was shot and killed outside of a Houston, Texas bowling alley on November 1. The rapper, who was just 28 years old and fresh off releasing an album with his uncle and groupmate Quavo, was fatally wounded in the head and torso, his autopsy revealed.

Police believe the shooting stemmed from an argument over a “lucrative” dice game involving Quavo and other men. The dispute turned physical when one of Quavo’s associates allegedly swung at one of the opposing individuals, leading to a shootout between the two camps. TakeOff was an “innocent bystander.”

A 33-year-old man named Patrick Xavier Clark has been charged with TakeOff’s murder. Clark, known locally in Houston as DJ Pat, was linked to the crime by surveillance footage showing him firing a gun in the direction of TakeOff and a wine bottle left at the scene containing his fingerprints.

The suspect is currently being held on a $1 million bond — reduced from $2 million — and has maintained his innocence, despite reportedly attempting to flee the country after the shooting.

Offset isn’t the only one who has been doing his part this holiday season. Jim Jones and Bobby Shmurda stopped by a New York women’s shelter on Saturday (December 24) to help hand out gifts.

Capo took to Instagram to share a video of him and the GS9 spitter gifting members of their local community with toys and essentials such as nappies and toothbrushes. They were also able to donate boxes of footwear with the help of New York sneaker chain GB’s. 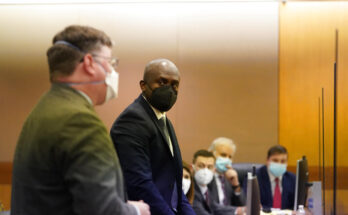