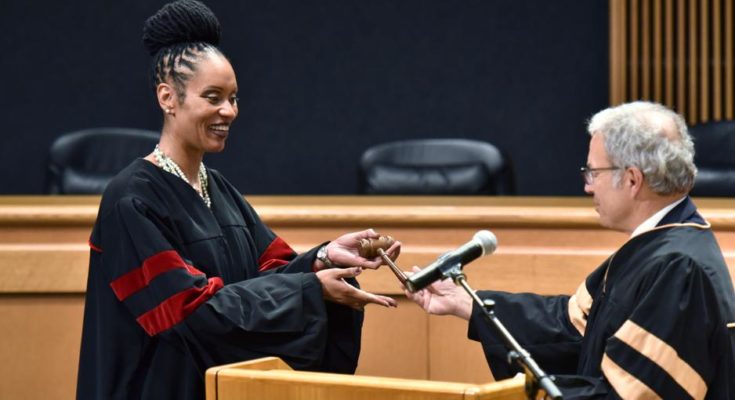 Black communities throughout Gwinnett are celebrating the election of Gwinnett County State Court Judge Ronda Colvin-Leary, the first African-American elected to any county-wide position in the county. As reported by the Atlanta Journal Constitution, while multiple African-American judges have been appointed to serve on magistrate, juvenile and recorders courts in Gwinnett County, Colvin-Leary is the first to win an election for state court.

“I love State Court because, for me, I like to think that … if you come to State Court we can try to address it before something else major happens and you wind up in Superior Court for a more serious offense,” Colvin-Leary said.

As Gwinnett County celebrates 200 years of existence, it is the most diverse county in Georgia yet its lawmakers are not. With this election and the upcoming midterms, hopefully Gwinnett’s citizens will elect more judges and politicians of color.

Colvin-Leary has been a member of the Georgia bar since 2001, after earning a law degree from Florida Coastal School of Law and an undergraduate degree from Auburn University. Before her election, she was the solicitor for the city of Winder and ran her own law practice in Lawrenceville for more than a decade.