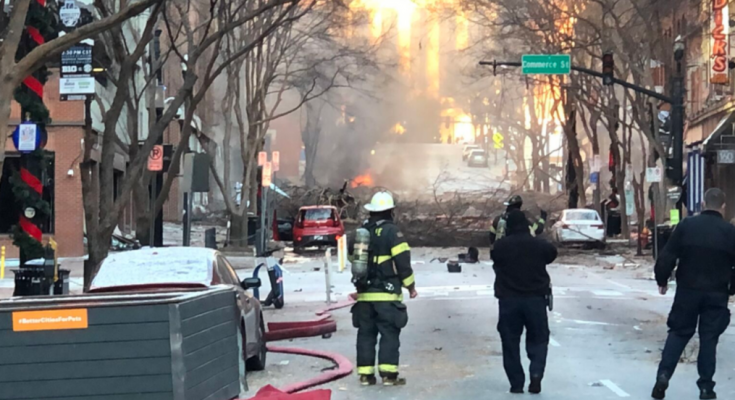 Explainer: Downtown Nashville Bombing not classified as terrorism yet

NASHVILLE, Tenn. (WZTV) — Investigators are not classifying a downtown Nashville explosion on Christmas Day as an act of terrorism at this time.

Federal and local authorities attribute the bomb that injured three people and damaged at least 41 businesses to Anthony Quinn Warner.

Warner, 63, of Antioch died when an RV exploded on 2nd Ave. North at about 6:30 a.m. The FBI, ATF and TBI (Tennessee Bureau of Investigation) immediately responded to the scene in search of evidence.

The FBI reports finding Warner’s DNA at the scene leading them to believe he committed suicide in the bombing.

FBI agents said it’s believed that Warner worked alone, but a motive has not been identified at this time. Authorities are exploring different avenues and say they’re “aware of certain things online” and “looking at every possible angle.”

In order for the explosion to be considered “terrorism,” Douglas Korneski, FBI special agent in charge of the Memphis field office, which oversees Nashville, says it has be tied to ideology.

“When we assess an event for domestic terrorism, nexus, it has to be tied to an ideology,” Korneski said. “It’s the use of force or violence in the furtherance of a political, social ideology or event. We haven’t tied to that yet.”

The blast happened right in front of an AT&T transmission hub in Nashville, affecting people far beyond Music City with days of ongoing outages.

“I think if you live in Nashville, you have to think there has to be some connection. Why would you drive to Antioch, to Second Avenue and park next to an AT&T facility?” Mayor John Cooper said in a Monday morning interview with CNN. “Those of us here would certainly draw a connection that you wouldn’t drive all the way into Nashville. The playing of the Petula Clark song (“Downtown”) begins to make it a little surreal. I don’t know that you would even try to write it as a movie script, but again, that’s why the questions of motivation will clearly take a long time.”

For now, Nashville waits for answers, some of which may never be known, as the investigation continues.

“Well, I think everybody, the U.S. Attorney, the FBI, has been very careful not to use the “T” word here, because it’s not consistent with “T” word actions,” Cooper said. “There’s no manifesto or political statement that anybody has brought to light at this point, and so in furtherance of an etiology, there’s no clue what that etiology is at this point, so I think everybody’s taking a break and assessing the crime, and not projecting more into it than is there right now.”

Korneski is asking anyone who knew Warner or encountered him to contact 1-800-CALL-FBI.