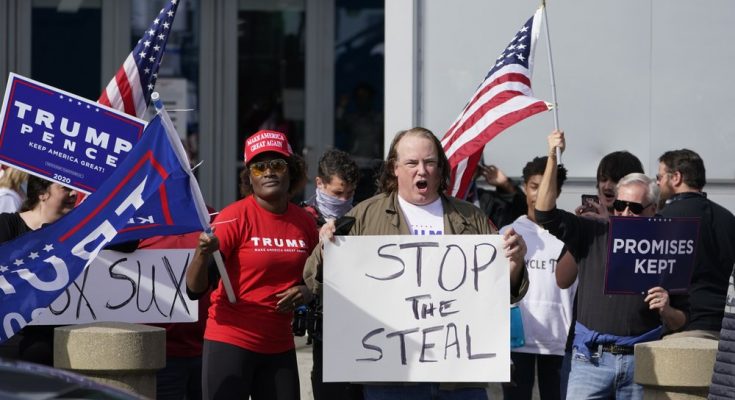 In response to the Georgia GOP’s push for law enforcement to investigate more baseless claims of election fraud, the Democratic Party of Georgia released the following statement:

“The Georgia GOP’s continued obsession with re-litigating the 2020 presidential election nearly a year later is embarrassing and shows just how out of touch Republicans are with the actual needs of Georgians. The GOP has no real ideas to help working people, and instead is choosing to waste taxpayer money pursuing debunked conspiracy theories to appeal to their increasingly far-right base. It’s past time Republicans abandon their dangerous misinformation campaign and join Democrats in focusing on the issues that Georgians care about – access to health care, good-paying jobs, our children’s education, and getting the pandemic under control,” said Rebecca Galanti, spokesperson for the Democratic Party of Georgia.

The Georgia Bureau of Investigation’s determination that the GOP’s request for “a probe of cellphone GPS signals to vet their allegations of ballot harvesting was ‘not justified‘” is just the latest failed GOP attempt to push their conspiracy theories onto Georgians. Last year, “three ballot counts in Georgia showed that Biden defeated Trump,” and of the multiple investigations into the GOP’s allegations conducted since, “none has found organized efforts to change the outcome of the presidential election.” Consistently throughout the past year, “bipartisan election officials have said there is no evidence of irregularities that would put the outcome in doubt.”