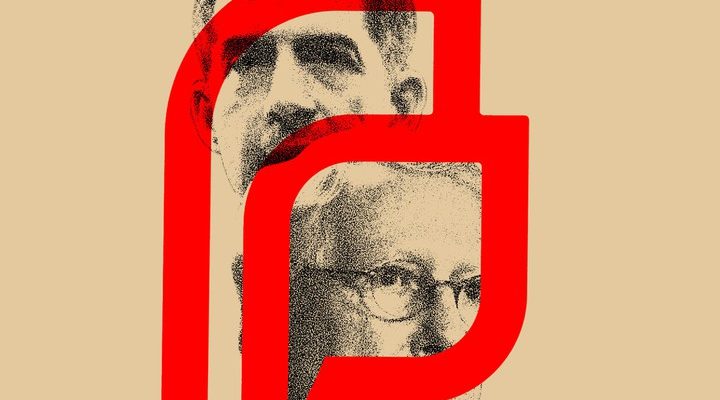 The separation of Church and state is supposed to prevent government favoritism of religion in the United States. For most of the past century, the Supreme Court interpreted the establishment clause of the First Amendment to mean that government cannot “pass laws which aid one religion, aid all religions, or prefer one religion over another.” Under this principle of disestablishment, at the very least, the government cannot give special privileges to religious organizations beyond what is available to similarly situated nonreligious groups.

The separation of Church and state is supposed to prevent government favoritism of religion in the United States. For most of the past century, the Supreme Court interpreted the establishment clause of the First Amendment to mean that government cannot “pass laws which aid one religion, aid all religions, or prefer one religion over another.” Under this principle of disestablishment, at the very least, the government cannot give special privileges to religious organizations beyond what is available to similarly situated nonreligious groups.

But the past few months have seen a near-complete collapse of this principle at the national level, at least with respect to government funding of religion. Under the Payment Protection Program, which has allocated $669 billion in subsidies to support small businesses during the coronavirus pandemic, the government has extended funding to churches and other houses of worship. This program is unprecedented in terms of the sheer amount of money involved and the religious nature of the activities, including payment of clergy salaries, that the government is subsidizing.

As we recently wrote in The New York Times, this funding of faith-based organizations has received little attention, in part because of the sense that churches, like other groups, have been harmed by government-ordered shutdowns. If churches have to comply with public-health restrictions like other businesses and nonprofits, then they should also be compensated, the thinking goes. In short, they should receive equal treatment when it comes to PPP funding.

But religious and nonreligious groups are not being treated equally under the program. Far from it. The Small Business Administration has granted a special exemption from its eligibility rules. Those rules are designed to guarantee that PPP loans support only small business and nonprofits, defined as those with fewer than 500 employers. To that end, one of the rules denies aid to organizations that are affiliated with larger entities. For religious nonprofits, however, the SBA has waived that rule.

As a result, many religious organizations, including thousands of local congregations, received hundreds of millions, and likely billions, of dollars in PPP loans—even though they are affiliated with large organizations that altogether have more than 500 employees.

Yet secular nonprofits—such as the Boys and Girls Club, the YMCA, and Goodwill—that may have similar affiliation structures are not eligible for this exemption. In fact, they may be entirely excluded from receiving PPP loans. Many local chapters of national nonprofits may not have applied for federal aid because they feared they were ineligible, while others requested and received aid. Now these large nonprofits are facing legal risks that religious entities are not. The SBA’s implementation of the program thus privileges nationally affiliated religious organizations over their nonreligious counterparts. The extent of this disparity should become clearer when the SBA discloses more detailed data about PPP loans and their recipients, which it has now promised to do, reversing its earlier refusal to release such information.

A group of 27 Republican senators, led by Tom Cotton and Mitch McConnell, latched on to this argument. In a May 21 letter, they called on Attorney General William Barr to open an investigation into Planned Parenthood and suggested that the affiliates should be subjected to civil and criminal penalties for filing fraudulent loan applications. Senator Marco Rubio, who chairs the Senate committee that oversees the SBA, also demanded that the agency cancel PPP loans to Planned Parenthood affiliates and investigate them for wrongdoing. In response, Senate Democrats charged the SBA with attacking Planned Parenthood for partisan, ideological purposes. For its part, Planned Parenthood released a statement saying that its local centers satisfy the SBA’s existing eligibility requirements.

This back-and-forth between Republican and Democratic senators is only the latest iteration of political conflicts over abortion. Conservative politicians have long sought to defund Planned Parenthood because of its support for women’s reproductive rights, including abortion services; liberals and progressives have in turn defended the organization. So the Republicans’ motivation for targeting Planned Parenthood is no mystery.

There is, however, a more fundamental problem with these recent attacks on Planned Parenthood—a constitutional defect that even critics of the organization should recognize. By privileging religious organizations over secular nonprofits, the SBA and GOP senators are advancing a position that contravenes the establishment clause, which forbids the government from giving special subsidies to religious organizations. One might have thought that the separation of Church and state would bar churches from receiving PPP loans to fund clergy salaries. But even as the Supreme Court has moved away from a principle of separation, initially by allowing public funding of religious organizations and now more and more toward requiring equal treatment, a policy of favoring religious groups would turn the establishment clause completely on its head. And indeed, one important and longstanding objection to a regime of equal funding is that it leads precisely to this result, namely, preferential treatment for religion.

The SBA’s implementation of PPP funding shows how equal treatment can devolve into such favoritism. The Trump Administration has claimed that churches must receive federal funding on equal terms with secular nonprofits. But the SBA’s religious waiver of its affiliation rules means that religious groups are not, in fact, being treated equally—they are being favored, and on a massive scale. Religious groups that would otherwise be excluded from funding under neutral affiliation rules can receive billions of dollars in federal aid, while organizations like Planned Parenthood receive nothing.

Why should secular nonprofits be treated one way and religious groups another? The SBA waived its affiliation rules for faith-based organizations because it believed that those rules would “substantially burden” groups that are religiously committed to hierarchical forms of organization, and because it thought the affiliation rules would entangle courts in determinations about how religious organizations are structured. According to the SBA, its religious exemption is authorized under the Religious Freedom Restoration Act (RFRA), which prohibits the federal government from imposing substantial burdens on religion, and perhaps under the First Amendment, which has been interpreted to limit government interference with the internal decisions of religious organizations.

There is reason to be skeptical about these arguments. Neutral affiliation rules, which limit the size of loan recipients, do not obviously trigger protection under the RFRA or interfere with the internal decision making of religious organizations. But if those dangers exist, they can be addressed by exempting all nonprofits from the affiliation rules—by treating all such employers equally. What cannot be justified is granting religious groups an accommodation that enables federal funding while disadvantaging secular organizations that are similarly structured and that have been burdened by the same pandemic-related public-health regulations.

The SBA’s unequal application of its rules conflicts with existing legal doctrine under the establishment clause. The Supreme Court held in a crucial 1989 case, Texas Monthly v. Bullock, that Texas could not exempt religious periodicals from its sales tax while taxing secular ones like Texas Monthly. In a controlling concurring opinion, Justice Harry Blackmun wrote that “a State may not give a tax break to those who spread the gospel that it does not also give to others who actively might advocate disbelief in religion.” But here the SBA has done much the same thing.

The Supreme Court recently emphasized the importance of treating religious organizations like nonreligious groups in granting public benefits. Last month, in the first Supreme Court decision involving churches during the COVID-19 outbreak, Justice Brett Kavanaugh wrote in a dissenting opinion that “the Church and its congregants simply want to be treated equally to comparable secular businesses.” But when it comes to PPP funding, some churches don’t want equality. They want to be treated more favorably than their secular counterparts.

Planned Parenthood affiliates have constitutional grounds for resisting demands to return their PPP loans. If small religious nonprofits are eligible to receive PPP funds, even though they are affiliates of large national organizations, then the same eligibility rules must apply to secular nonprofits such as Planned Parenthood.

There cannot be two sets of funding rules—one that sends billions of dollars to local religious congregations and one that denies the same support to secular nonprofits. If those rules are constitutional, even as they allow more direct financial support for churches than at any other point in American history, then the establishment clause has lost its meaning. At the very least, it must stand for the proposition that the government cannot pick out religious organizations for special privileges. If that principle collapses, the country will be witnessing not only the end of the separation of church and state with respect to public funding but also a subversion of the commitment to equal treatment that is said to be replacing it. Instead, what will exist is a regime that favors religious organizations above others.

This story is part of the project “The Battle for the Constitution,” in partnership with the National Constitution Center.