Blacks in World War I : A Centennial Veterans Remembrance 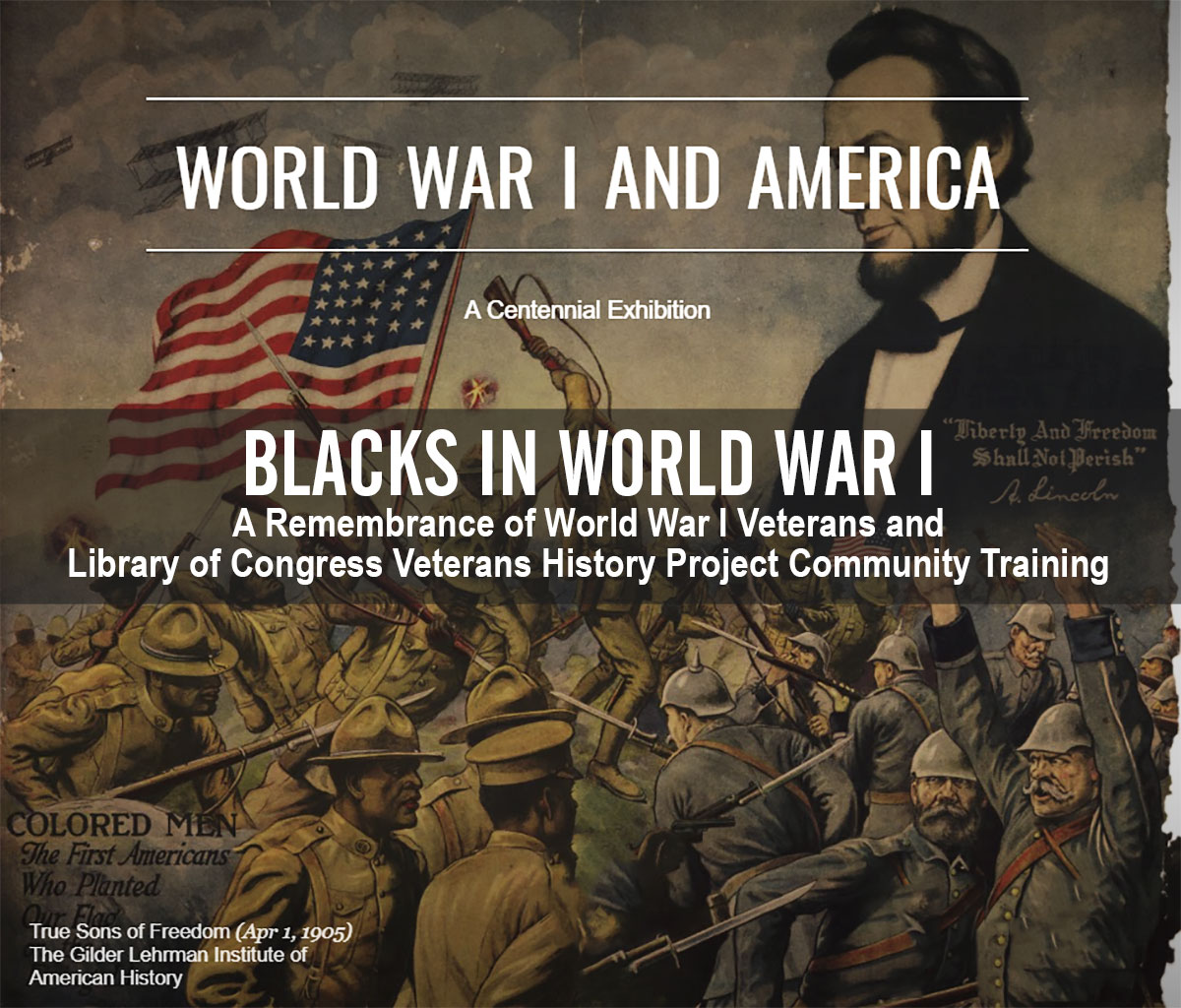 We invite veterans and their families together with the general public to attend this engaging, interactive and educational World War I and America Centennial remembrance event as we explore the contributions of Black men and women during World War I. During this event we are also providing community training for the Library of Congress Veterans History Project (VCP) to put veterans photos, letters, and oral histories to the Library of Congress digital archives.

• World War I History: The Harlem Hellfighters Short Documentary – The Harlem Hellfighters were an African-American infantry unit in WWI who spent more time in combat than any other American unit. Despite their courage, sacrifice and dedication to their country, they returned home to face racism and segregation from their fellow countrymen. (7 mins.)