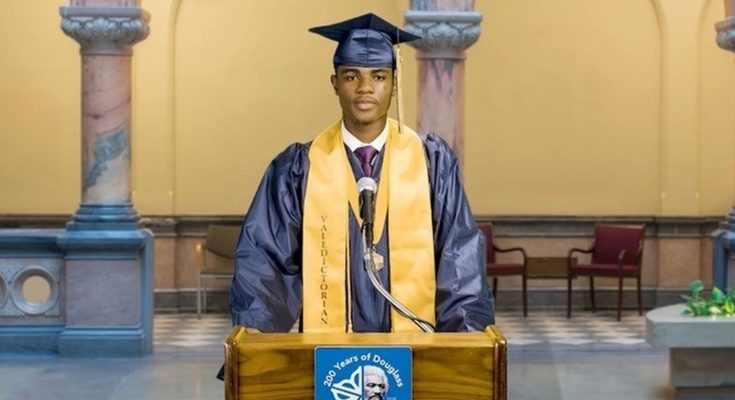 Jaisaan Lovett graduated from University Preparatory Charter School for Young Men as the first black valedictorian last month had an emotional speech prepared — but his principal wasn’t interested in letting him share it.

His principal, Joseph Munno, decided to silence his student — and is yet to give a reason as to why.

Warren decided to invite Lovett to City Hall and deliver the speech, in which she posted to the city’s official YouTube channel.

“To Mr. Munno, my principal, there’s a whole lot of things I’ve wanted to say to you for a long time. … I’m here as the UPrep 2018 valedictorian to tell you that you couldn’t break me. I’m still here, and I’m still here strong,” Lovett said before saying he felt the principal held personal animosity towards him.

“And after all these years, all this anger I’ve had toward you and UPrep as a whole, I realized I had to let that go in order to better myself. And I forgive you for everything I held against you.”

One instance in particular occurred when Lovett led a student strike to claim the school wouldn’t order needed safety equipment for a lab.